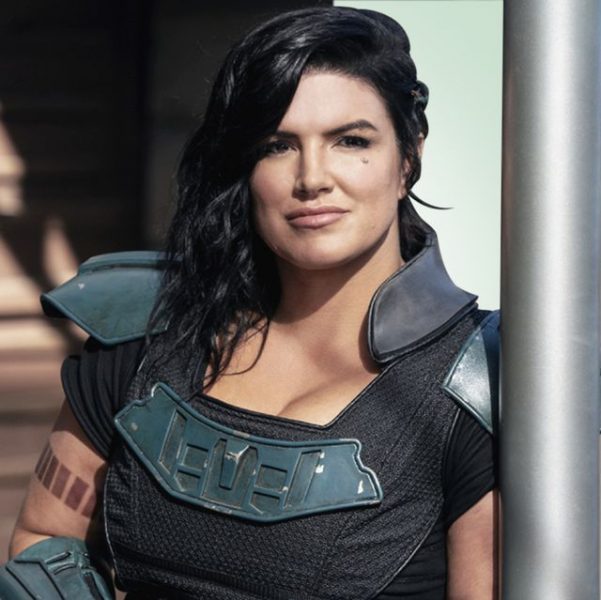 Gina Carano is an American actress, TV personality, former MMA fighter, and fitness model. Her net worth is estimated to be $4 million as of 2021.

Gina Carano was born in Dallas County, Texas on April 16, 1982 to Dana Joy Cason and Glenn Carano. Her father was a former professional football player. She was raised in Las Vegas, Nevada, with two siblings.

Carano went to Trinity Christian High School in Las Vegas, Nevada. She was a member of the basketball team that won the state championship, though she also played volleyball and softball.

Gina began pursuing a career as a professional fighter (Muay Thai) after college, and her success garnered national attention. Carano, who had a Muay Thai record of 12-1-1, competed in the first-ever sanctioned female MMA event with World Extreme Fighting, where she defeated Leiticia Pestova in 38 seconds.

She also competed in the first female fight of “Strikeforce: Triple Threat” on December 8, 2006, and won by unanimous decision over Elaina Maxwell.

Carano’s Showtime EliteXC victory over Julie Kedzie was dubbed the “fight of the night” on February 10, 2007. It was also the first televised female fight on Showtime.

Carano is best known for her roles in “The Mandalorian” and “Haywire,” both of which aired on Disney+.

Twitter users requested Carano to support the Black Lives Matter movement. However, she referred to her critics as “cowards and bullies,” and liked posts that were critical of Black Lives Matter. As a result, she was accused of being racist.

Carano opened an account on the controversial social media platform Parler in November 2020, following a series of social media posts mocking the COVID-19 pandemic and extremely controversial political views. In response, critics began demanding that Disney fire Gina Carano from the cast of “The Mandalorian,” with some using the hashtag #FireGinaCarano.

The hashtag #FireGinaCarano reappeared in February 2021 after she shared an Instagram post comparing “hating someone for their political views” to the persecution of Jews during the Holocaust.

Shortly after, Lucasfilm announced that Carano had been fired and would not appear in any future Star Wars projects. Gina was also dropped by her talent agency, UTA.

Read more: Ronda Rousey net worth: How much does the MMA fighter earn in the sport?

“He looked like a championship-level fighter”: O’Malley predicts the outcome of...

“Ended up hurting my hand”: Jose Augusto explains why he fell...