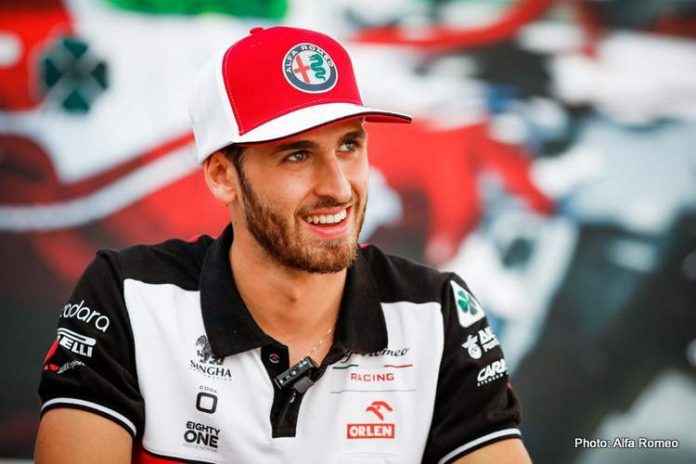 Another Ferrari Academy driver is Antonio Giovinazzi. After a couple reserve stints with Sauber, he is currently a full-time driver for the team. Kimi Raikkonen, a former Formula One racer, will be his partner.

Since Jarno Trulli in 2011, Giovinazzi will be the first Italian driver in Formula One. Giovinazzi made his racing debut in 2012, winning the Formula Pilota China championship.

He competed in the FIA Formula 3 European Championship a year later. In 2014 and 2015, he continued in the GP2 Series before graduating to the GP3 Series in 2016.

He raced for Sauber in two races in 2017, filling up for an injured Pascal Wehrlein. Finally, he began working as a test driver for Sauber and Ferrari in 2018.

In the 2015 Formula 3 European Championship, Giovinazzi came in second. His first points came in Bahrain in 2013, and his first podium came in Hockenheim in 2015.

He went on to finish third in Race 1 in Austria before winning Race 3. In his FIA Formula 3 European Championship career, he won eight times. Giovinazzi came in second place in his final season, losing to Felix Rosenqvist.

He finished runner-up in GP2 with five victories and three podiums. He was defeated this time by Pierre Gasly, who would go on to participate in Formula One in 2017.

At the 2017 Australian Grand Prix, he made his competitive debut for Sauber, replacing the injured Pascal Wehrlein.

He again filled in for Wehrlein at the next Chinese Grand Prix as Wehrlein recovered. In 2019, Giovinazzi secured a contract with Alfa Romeo Racing to race full-time.

In the 2020 season, Giovinazzi finished 17th in the drivers’ standings.

He received four points, the same as teammate Räikkönen, however Räikkönen finished ahead of Giovinazzi due to the fact that he had more ninth-place finishes.

In nine of the season’s 17 races, Giovinazzi qualified ahead of Räikkönen.

Giovinazzi has always been doubting himself

On the 2022 Formula One grid, only one place remains to be filled. At the Alfa Romeo team, alongside incoming Mercedes racer Valtteri Bottas.

And the present occupant of that slot, Antonio Giovinazzi, has stated that racing without knowing whether he or another driver will occupy the spot next year is “not easy.”

Giovinazzi joined the Alfa Romeo team full-time in 2019 after a handful of appearances for Sauber in 2017. But has faced questions about his future with the team every year.

Something he admitted when asked about the situation at the Circuit of The Americas, had hardened him against the hardships of having an uncertain future in F1.

“For sure, it’s not easy,” admitted Giovinazzi.

“If you ask this question to all of the drivers, they will answer that it’s not easy; you want to know what you will do next year, if you’re here or not.

“So it’s not ideal, but the situation is this now for me, and I will try to do my best as well with this pressure on me.

“But I like I mentioned already many times, for me, September, October, it’s been always like this,” added Giovinazzi.

“I always had some issues with what I will do the next season, and this is happening also this year.

“The problem is not in my hands, so it’s not my decision. What I can do is just bring the results, be fast, and then see what [Alfa Romeo] will decide.”

At the previous race in Istanbul, Giovinazzi appeared to ignore team orders to trade positions with his soon-to-retire team mate Kimi Raikkonen. Eventually finishing barely outside the points in P11.

However, Giovinazzi stated that any split between him and the team has been repaired.

“I think it’s an issue that sometimes comes, and it came already in the past, but I don’t like, to be honest, to comment on this here, I just like to discuss this with the team, inside of the team.

“But it’s not the first time, and the important thing is that we’re okay now, all fine.

“I believe in my team, they believe in me, so the only thing that is [important] now is that we score points.

“This is what we want, all of us, and we will try to do our best already from here in Austin.”

Meanwhile, there’s a rumor going around that Andretti Autosport is planning a bid to take over the Alfa Romeo team’s operations.

However, Giovinazzi stated that this, as well as his personal future with the squad, was a matter beyond his control.

Both Giovinazzi and teammate Kimi Raikkonen would eventually miss out on the points at Istanbul Park, but Raikkonen appears to have squandered an opportunity.

After hearing a snippet of team radio where Alfa Romeo informed Raikkonen that “Antonio was told,” Kravitz believes Giovinazzi was advised to surrender to his team-mate but did not obey the request.

The Formula One team radio compilation from the Turkish Grand Prix featured this bit of conversation.

“Alfa Romeo Sauber could have scored points because they were closing very quickly on Esteban Ocon on knackered tyres at the end,” said Kravitz during his ‘Ted’s notebook’ programme on Sky Sports F1.

“Kimi Raikkonen twelfth, he ended with a great pass around Mick Schumacher around the outside of Turn 8.

“Kimi Raikkonen was faster but stuck behind Giovinazzi earlier on, the team did not switch them, or Giovinazzi ignored the call.

“There is something on the radio where they told Kimi after the race ‘Antonio was told’, but I can’t really get any one to confirm whether Antonio Giovinazzi ignored a team order or not.

Antonio Giovinazzi only needed one more lap to secure a point in Turkey, but his Alfa Romeo squad was furious when he disobeyed a team order to let Kimi Raikkonen through to try to score.

Giovinazzi was up next, and despite gaining over four seconds on the Alpine on the final lap. He crossed the line 0.7 seconds behind Ocon.

While Giovinazzi was disappointed with the final result. Alfa Romeo was equally so after advising him to let Raikkonen pass because he was faster and had a better chance of scoring.

Head of track engineering Xevi Pujolar said Giovinazzi’s decision to ignore the request was his own, and it didn’t pay off.

The team and racing feature is not in Giovinazzi’s hands

The Italian is fighting to keep his Alfa Romeo seat. Despite reports that the management is considering pairing a novice with new acquisition Valtteri Bottas next season.

Giovinazzi’s three-year collaboration with Kimi Raikkonen has ended, with the Finn announcing his retirement at the end of the season.

And it appears that the Swiss-based team will field an entirely new lineup, with Bottas. Who has signed a three-year contract, poised to be accompanied by a Formula One rookie.

Guanyu Zhou, an Alpine juvenile, is the most firmly associated name at this point. However Alfa Romeo team head Fred Vasseur may chose to fast-track his 18-year-old Formula 2 protégé Theo Pourchaire.

Nyck de Vries, the Formula E champion, does not look to be completely out of the running.

Giovinazzi’s chances appear to be lot narrower than they were a few weeks ago. And he is angry not just because he doesn’t know where he stands. But also because he missed out on a couple of fantastic opportunities to show what he can do in the past two races.

On his future, Giovinazzi told “For sure it’s not ideal but in the end it’s not my decision,

“It’s Fred’s decision and we will see what he will decide.”

Read More: Alfa Romeo clears the air with Giovinazzi after Turkish GP fallout – “We had the discussion”

“We will lose a race or two”: Brown makes bold claim...

George Russell not surprised by Fernando Alonso’s overtake – “They were...