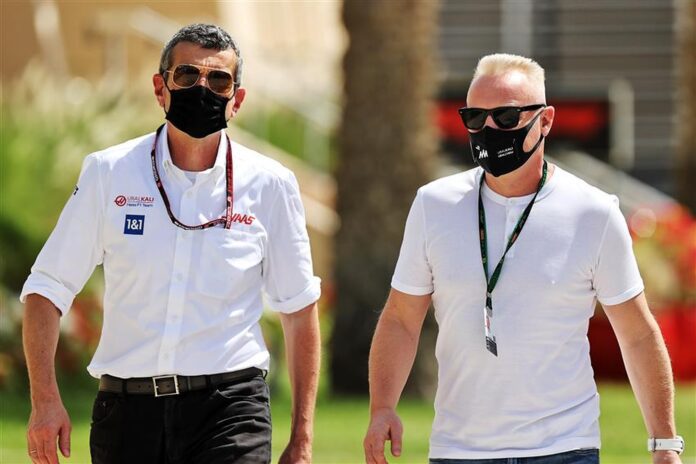 The Haas team boss, Guenther Steiner, during the Austrian GP was gifted something strange by his team driver Nikita Mazepin – a door.

Steiner said that in Russia, there is a tradition to reciprocate gifts with another gift and that is exactly why Mazepin bought him the door.

Previously, Steiner had gifted Mazepin a spinner as a joke. This was built on the reference on Mazepin’s nickname – ‘Maze-spin’.

The Russian is famous on track for spinning his car during races, practices, and qualifyings.

“Spin this one – it’s better than spinning the car,” joked Steiner as he handed the young driver his present.

Mazepin, however, was quick to reply back by bringing in a whole door to the Red Bull Ring with ‘***smashdoor’ written on it.

The door present was a reference to Netflix’s Formula 1 docuseries, Drive To Survive. Here a furious Steiner reacted to Kevin Magnussen by exclaiming “he does not ****smash my door”.

“Apparently, in Russia, if you get a present, you need to give a present back,” Steiner told the press.

“So, we gave him the present of the Mazespin, of this game, so his present back was the door

“The door was a present because of two years ago, because of what happened with Kevin. Romain [Grosjean] was not involved in that one, he was the good guy this time, Romain. Nikita thought I needed a new door!” he concluded.

All jokes aside, Mazepin has been having a difficult time in the current Formula 1 season. He is often found at the very back of the pack.

It is only time that will show if Mazepin will improve in future races.