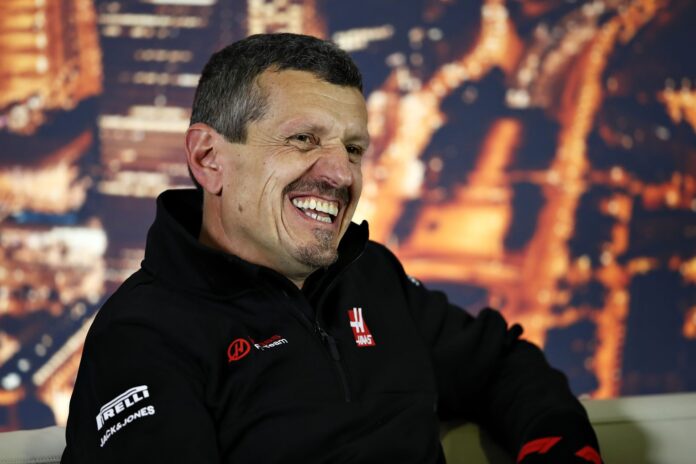 Schumacher crashed in FP3, taking significant damage. It was so much that he couldn’t participate in qualifying. Steiner chided him for taking risks during FP3 and damaging the car.

However, Ralf called Steiner out for his harsh comments against an F1 rookie, and took exception to him talking about Mick to the press in that manner. Steiner has taken offense to Ralf’s words, and is now more furious at what has happened.

“I run things the way I do now. I’m not asking you or Ralf how to do my job,” Steiner said.

“I do it their way. I just said it’s getting too much now and there have been a few unnecessary accidents.

“But what is certain is that I managed the team the way I wanted. If you’re not honest with yourself or your drivers, you’re definitely not going to be successful,” Steiner concluded.

After Mick’s fantastic race saw him come close to a points finish, Ralf was all praises for his nephew. Then he proceeded to call Steiner out for his harsh assessment of Mick’s FP3.

In his post-race assessment for Sky Germany, Ralf was quoted as saying, “Mick Schumacher was significantly stronger than his teammate. He made no mistake under stress with Hamilton and Verstappen behind him.

“I just want to hope that his team boss Guenther Steiner apologised to Mick or quickly apologised. This public statement about his driver without having spoken to him beforehand is an absolute no-go and has nothing to do with driver management, especially among young people.”

The bad blood between Steiner and the Schumachers is still very much there. Hopefully, they can resolve it in time for the Belgian GP

Special Seb: Not broadcast on TV during the race, Vettel made...

Red Bull concedes it will not be able to sign ‘lynchpin’...