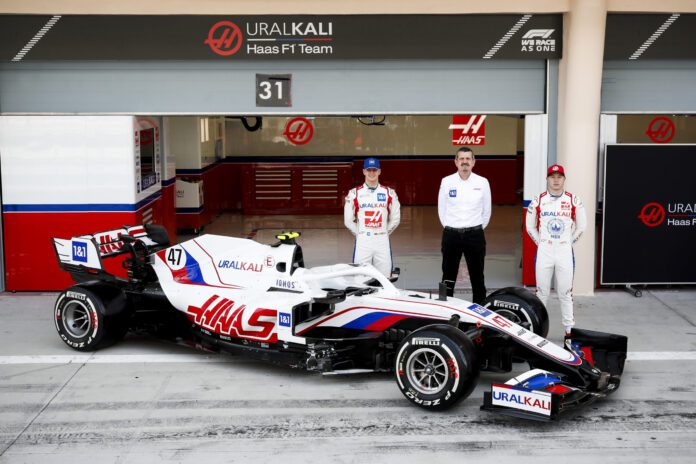 Haas is currently the only American team on the Formula 1 grid with their best season being back in 2018.

With Guenther Steiner as the team principal at the moment, the outfit is not in the best shape at the moment.

Mick Schumacher and Nikita Mazepin are the two rookie drivers associated with the team. However, there have been talks to have an American driver for the team in the future.

In a recent interview, Steiner mentioned the possibility of this happening and also what has been a hindrance to it.

Need a driver from the same country

While Schumacher and Mazepin have their contracts till the end of next season, the 22-year-old drivers are in the long-term plans of the team.

With the USA’s association with motorsports, Haas F1 faces more pressure to have an American driver.

Steiner also says that he has a few Formula 3 drivers in sight who could be potential candidates.

What did Steiner say?

“It will come. We just need to be patient at some stage.

“There are a few guys in Formula 3 which look promising and let’s see what can be done.”

Super license is an obstacle for drivers

Steiner admits that he is keen to have American drivers on board. However, getting a super license is a major issue that they face.

This is a license that all F1 drivers need to have if they are to race on the grid.

“There is one thing out there, which is a Super License, which not many have got at the moment, and then it needs to be a talent,” said Steiner.

“I think it needs to be something, not immediate but short-term you cannot do anything to get someone in because of the Super License.”

We can only wait and see which American driver is able to make his way to the grid to race for Haas.

Read More: Max Verstappen wants to stay at Red Bull but might leave on one condition – “That’s the plan”

Mattia Binotto sees light at the end of the tunnel- “Being...