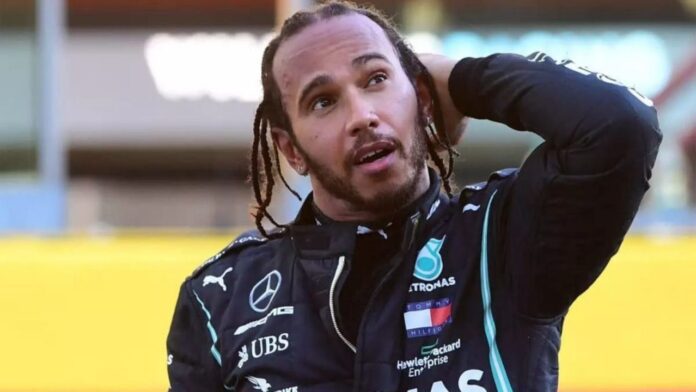 Lewis Hamilton is in the midst of extending his contract at Mercedes. However, former F1 driver Jan Lammers believes that the British superstar is expecting too much.

Keeping in line with the world situation at the moment, Lammers feels Hamilton has not truly realised the financial implications in sport.

Until confirmation is received from the Mercedes hierarchy, while any deal may seem likely, it can’t be confirmed.

Mercedes is believed to be ready to make certain compromises to ensure that Hamilton stays in its ranks going forward. However, Lammers believes that Mercedes does not have much wiggle room as far as the contract is concerned.

“Hamilton is overestimating his market value and underestimating the situation in the world,” Lammers said in an interview with RacingNews365.

“Meanwhile, I think Mercedes are limited in what they can offer Hamilton morally. How can you justify it to the staff and the management that he continues to receive his multi-million salary while the company has to lay off people?”

“With these kinds of things, you have to be careful not to go too far. What Hamilton does not seem to realise fully is that there is a great opportunity for Mercedes as well.”

“The company wants to sell cars, and then the question is ‘what do you get more from? Is that with the next world title?’ That would be great, of course, but many people don’t care about that. Or would a statement against Hamilton’s multi-million dollar salary do more for loyalty?”

Blessing in disguise for Mercedes?

Lammers believes that Mercedes can make a strong statement. The team can show that the brand is loyal to its staff and highlight their importance as being greater than just one driver.

“I personally think Mercedes have the chance to make a compelling statement by stating that the loyalty lies with the Mercedes customers and employees and not with one sportsman,” the Dutchman said. “I think that has been a little under-exposed.”

“I’ll accept defeat for the moment”: Ricciardo claims he needs to...