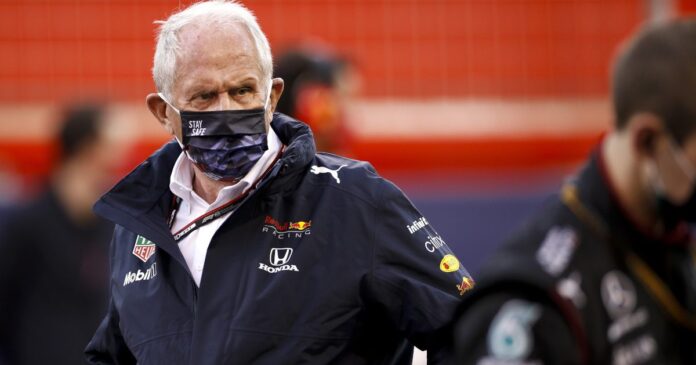 There seems to be almost no end to the frustrations of Red Bull towards Mercedes and Lewis Hamilton, especially after the British GP.

The outfit’s advisor, Dr. Helmut Marko, has raised his voice against the FIA.

Marko does agree with the fact that Red Bull is at par with their rivals. However, their success have been tainted by the penalties and crashes of the season.

“Vettel was disqualified because there was not enough gas in the tank,” Marko stated.

“We have to come back to the relationship between the penalties. Where is the relation compared to Hamilton’s offense?” he added.

The first half of the season has left Red Bull clearly frustrated.

The highlight of the race in Hungary was Hamilton’s 11-lap battle with Fernando Alonso.

While Alonso was defending his position beautifully, Hamilton kept complaining in the car behind.

The Brit went on to call Alonso’s driving “dangerous” which angered Marko.

“There is Hamilton’s statement about Fernando Alonso’s dangerous driving. He drove sensationally, defended perfectly, and then made this statement from someone who shot out a competitor one race earlier,” Marko added.

In addition to the contest on the track, the two teams have continued their battles away from the racecourse.

Following the British GP, many fans expressed their sympathies towards Red Bull.

However, the support dwindled after there was news that Red Bull had created evidence against Hamilton.

Things took a different turn after Bottas’ collision in Hungary which left Mercedes expressing apologies to everyone.

We can only wait till the end of the summer break before the battle between the two teams continues.

“I should have number 1 on my car”: Hamilton reveals why...

Sebastian Vettel says joining Red Bull for 2021 was not an...