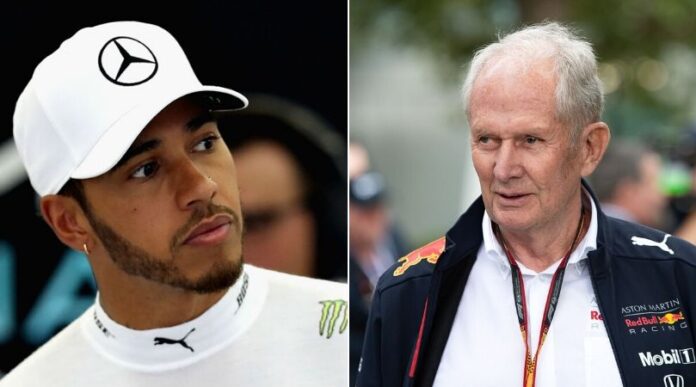 Towards the end of the last year, Sergio Perez won the Red Bull seat after qualifying over Alexander Albon.

Albon was also unable to match pace with Max Verstappen after Pierre Gasly made way for him.

According to Red Bull advisor, Helmut Marko, things could have gone down a very different path had the situation panned out differently.

Albon stuck around as a reserve

Despite the disappointing result, Albon decides to stick around with Red Bull.

He stayed on as a reserve driver for the outfit and spent his time perfecting himself on the simulator.

“He tested for Pirelli recently. We try to keep him in the family, but if he gets a seat anywhere, we won’t stand in his way.”

No seat for Albon in the future, but…

While Marko confirms that Albon is unlikely to get a seat in the future for Red Bull.

However, due to the uncertainty caused by the Covid-19 pandemic, one can never be too sure.

“If you are positive, you are immediately quarantined. If that happens to a driver, you are out of the race in a triple header. The role of reserve driver is more justified than ever,” Marko added.

When it comes to reserve drivers, Marko is completely in favor of Albon.

Marko also adds that things could have gone down a different road for Albon.

The race that took place in Austrian last year was the turning point in his career. That was when Lewis Hamilton tapped Albon off the track.

“That’s where I think Hamilton destroyed Albon’s career. If Hamilton hadn’t driven into him there, Albon would have won the race,” Marko explained.

“Then maybe everything would have looked very different because obviously the psyche and confidence develops very differently then,” he continued.

Difference between Albon and Perez

For the time being, it seems that Red Bull will want to stick with Sergio Perez as Max Verstappen’s teammate.

This is due to a key difference between the two drivers.

“The difference is that Perez has more consistency,” Marko explained.

“When he does his qualifying well, like second in Imola or third at the Red Bull Ring, those are results that Albon didn’t have. And in the race he’s almost at Verstappen level if he has a faultless run,” he concluded.

Read More: Charles Leclerc opens up on his relationship with Sebastian Vettel – “If I wanted to win, he let me”