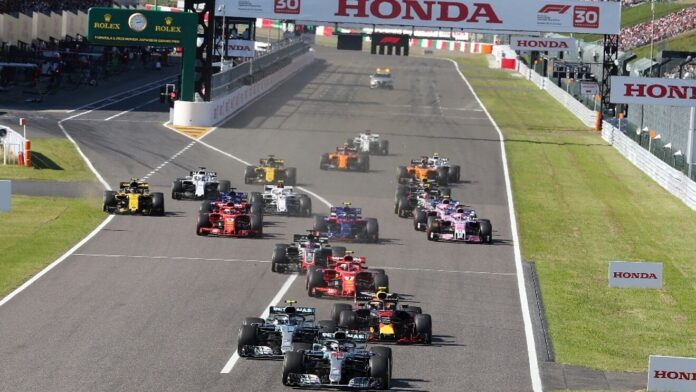 One of the most awaited circuits from the second half of the current season, the Japanese Grand Prix, has been canceled yet again.

This comes after the Covid-19 cases are spreading rapidly. As a result, the Japanese Government requested the cancelation of the event completely.

The race was supposed to take place at the iconic Suzuka Circuit on October 10th. It would have been the third race of the third triple-header of the season following the Russian and Turkish Grand Prix.

Just last year, the race was canceled for the very same reason.

This news comes as a major blow for Yuki Tsunoda and Red Bull as they miss out on the chance to bid goodbye to the final Japanese GP.

Additionally, Max Verstappen would have received massive backing on this particular track.

This is also the last year of Honda in the sport and they missed out on the chance to be officially involved in the race on their home turf.

Honda disappointed by the outcome

According to the official Honda Racing website, Koji Watanabe, Chief Officer for Brand and Communication Operations, announced the cancelation of the event.

“It is unfortunate that, for a second consecutive year, it has not been possible to hold the Japanese Formula 1 Grand Prix at Suzuka,” the statement mentioned.

“As Honda, we are particularly disappointed, because this is the final year of our Formula 1 project and we know that so many fans were looking forward to attending the event.”

“The 2021 season is now heading for an exciting climax and we will be giving our all, fighting hard all the way to achieve our goal of winning the championships as this Honda Formula 1 project comes to an end and we hope our fans will continue to support us.”

“Lastly, as the title sponsor of the event, we would like to thank MOBILITYLAND and Formula 1 for working so hard right up to the very last moment, to try and stage the Grand Prix,” it explained.

Japanese GP not the first race to be canceled

Due to the impending pandemic, the Japanese Grand Prix is not the only race that was canceled.

Even before the start of the current campaign, the Chinese Grand Prix was called down. Soon after, Canada, Singapore, and Australia followed.

If the situation regarding the virus remains unpredictable, it might become difficult to host 23 race weekends. This might become a reality if more countries start to shut down.

For now, we can only wait for the summer break to get over and for the drivers to be back on the grid.