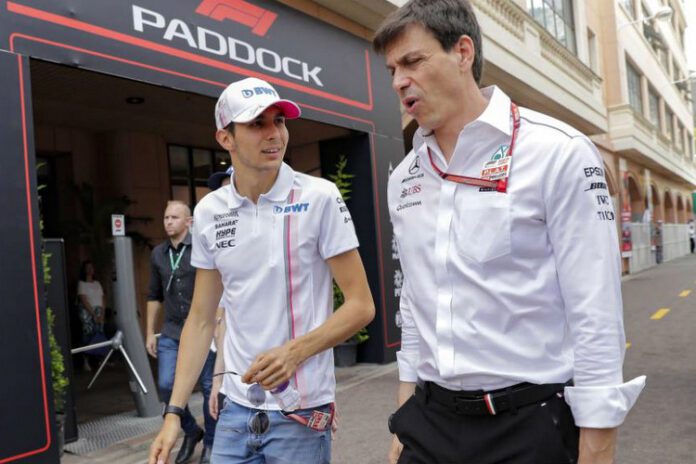 Alpine driver Esteban Ocon proved his worth by putting up a magnificent show around the Hungaroring and claimed his first F1 win.

However, back in 2019, George Russell was giving his top performance which put Ocon’s career in doubt.

But thanks to his manager and Mercedes’ team boss, Toto Wolff, Ocon got a second chance.

Before his success filled phase with Renault-Alpine, Wolff had a conversation with former Renault’s team principal, Cyril Abiteboul.

After Ocon joined Mercedes as a reserve driver, there was little scope for him to become full-time.

However, Wolff’s phone call with Abiteboul changed the pages of his book.

Wolff, while driving his car and with Ocon by his side, rang up Abiteboul and began his conversation.

Considering the fact that the Drive to Survive team was shooting at the time, the duo decided to keep the conversation confidential.

During the call, Wolff askes Ocon if he wants to ask the Renault boss anything.

“You know what I want to ask him,” Ocon cheekily replies.

The rise of Ocon

Following the contractual talks with Renault, Wolff was able to get Ocon a seat after replacing Nico Hulkenberg.

The 2020 season was difficult for Ocon considering he had to race alongside Daniel Ricciardo.

However, at the Sakhir Grand Prix, things took a turn in favor of the Frenchman. In between all the chaos around him, Ocon was able to keep his race clean and managed a podium.

It was a P2 finish behind Sergio Perez.

This led to him returning for the 2021 season alongside Fernando Alonso. At the moment, Ocon stands at P10 with 39 points, just one point ahead of Alonso.

Will he be able to beat Alonso this season? Only time will tell.

“Worried about the gearbox”: Charles Leclerc to start from pole despite...