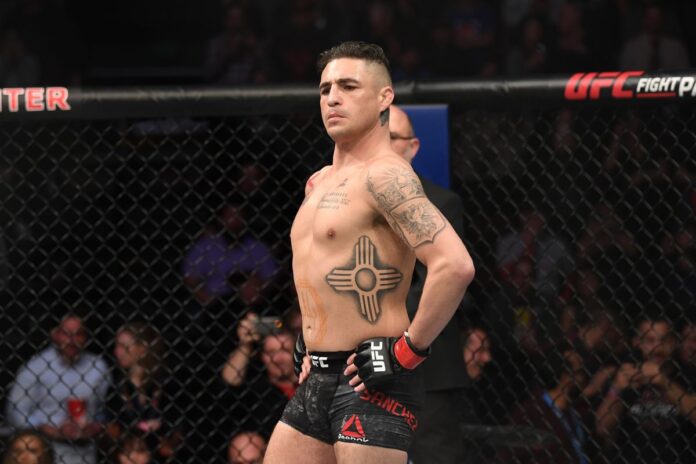 Former UFC welterweight Diego Sanchez married his ex-wife Brendetta Sanchez back in 2011. Brendetta was a wrestling manager at Sanchez’s high school where he was a prominent wrestler,

The Albuquerque native contacted Sanchez via Facebook and was later asked out on a date by the UFC fighter. On May 21, 2011, three months into their relationship, the couple got married. Brendetta mentioned her relationship with Sanchez and his friendship with her son in an interview with the UFC:

Brendetta said, “I was a wrestling manager and he was a junior on the wrestling team. And he just really stood out. 12 years later, Diego and I actually hooked up the rough Facebook. One day, he just said let’s go out to dinner. My son and I are excessively blessed to have Diego in our life. He is a really good influence”.

Sanchez officially divorced Brendetta in 2019. He mentioned that he was overjoyed to marry his former Del Norte High School, wrestling manager. Sanchez said that marrying Brendetta was the best thing that had ever happened to him.

“It was perfect timing in my life. I was so tired of doing everything on my own. I was ready. Three months later we got married. She is the best thing that has ever happened in my life,” Sanchez said.

Sanchez disclosed why his relationship with Brendetta ended. ‘The Nightmare’ reported that his ex-wife was dissatisfied with his decision to fight inside the ring. Brendetta wanted Sanchez to hang up his gloves after a series of defeats in the latter stages of his career.

Sanchez said, “I pushed my ex-wife away because she was pushing me towards retirement. She did not see me get hurt. I took it as, you know, you’re giving up on me. You don’t believe in me. We went our separate ways.

“I was in a real rocky road. Coming to the end and not having support from your wife, you could see where I was at.”

Furthermore, Diego’s association with controversial coach Joshua Fabia is said to have contributed to the former fighter’s downward spiral in the latter stages of his pro-MMA career.

What is Conor Mcgregor net worth in 2021?