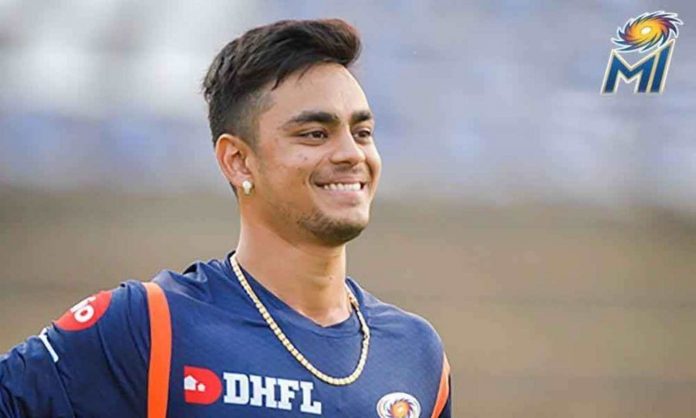 Ishan Kishan is a left-handed wicketkeeper-batsman. Cricket is blindly followed in India, with fans enthralled by the game and the players. Ishan Kishan, who is now a capped India player, found fame initially as captain of the India U-19 team.

Later, following impressive performances in the Ranji Trophy, he was offered a chance in the IPL. Initially included in the Gujarat Lions squad, it is at the Mumbai Indians that Kishan really came into his element.

Ishan Kishan was born on July 18, 1998, in Patna, Bihar. Kishan’s father is a builder named Pranav Pandey. Kishan also has a sibling who is a big cricket fan. Ishan claims that his brother was excellent at his game, allowing him to progress in life. Anytime he had the opportunity to study as a child, he would go out to the cricket pitch. Ishan, who has been interested in cricket since childhood, was approached by his brother, who encouraged him to take up the sport.

Ishan Kishan began his cricket career with Jharkhand in the Ranji Trophy, scoring 273 runs against Delhi in the 2016-17 Ranji Trophy on November 6, 2016. It is worth pointing out that this is the highest score ever achieved by a Jharkhand player in the Ranji Trophy. Ishan Kishan was selected captain of the Indian team for the 2016 Under-19 World Cup on December 22, 2015, as a result of his exceptional performance.

Aside from that, let us remind you that Ishan Kishan’s IPL journey began in 2016 with Gujarat Lions, a squad led by Suresh Raina. Ishan Kishan was the team’s opening batsman in the past. He continued his outstanding performance here as well, and he was purchased by Mumbai Indians for Rs 6.2 crore in the 2018 IPL auction, which was a source of tremendous satisfaction for him. By the way, I’d like to point out that this is only the beginning for this talented batsman. If he can get his head down and focus on the things that matter, he can go a long way in this sport.

Ishan Kishan’s entire net worth is estimated to be 4 million dollars, which is roughly 29 crore INR. Cricket provided the majority of Ishan’s income and personal worth. Ishan Kishan’s brand value is also quite high and he appears in a number of advertisements which undoubtedly add to the depth of his pockets.

Ishan Kishan is the owner of a high-end designer home in Patna, India. He also owns a number of real estate properties in several nations. Kishan loves cars and owns a BMW 5 series, Ford Mustang and Mercedes Benz C Class.

Read More: Shikhar Dhawan net worth:How much does the Indian cricketer earn and what is he worth?

England in selection limbo after failing to name any vice-captain for...