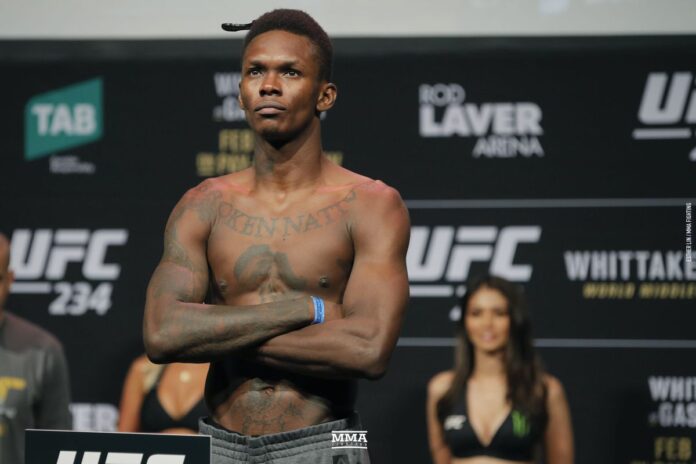 Israel Adesanya or more famously known as the “The Last Stylebender” is one of the fastest-growing fighters in MMA at the moment.

With a spectacular persona in the ring, he currently holds the #4 rank in the UFC men’s pound-for-pound rankings.

Adesanya began his UFC career back in 2018 after competing as a boxer and a kickboxer.

His fight was against Rob Wilkinson at UFC 221 who he beat with a TKO and won the Performance of the Night award. He has won against a volley of contenders including Derek Brunson, Marvin Vettori, Brad Tavares, and Anderson Silva.

After defeating Kelvin Gastelum at UFC 236, he earned the title of UFC interim middleweight champion.

Adesanya’s achievements are not limited to just the octagon. He earned the Cruiserweight and Heavyweight champion at the King of the Ring.

Adesanya has an impressive MMA career with an undefeated record of 20-0-0.

Salary and net worth

According to The Sports Daily, Adesanya’s total earnings are estimated to be around $2,928,500.

Adesanya has partnered with ENGAGE for his merchandise.

Apart from that, his title as the UFC interim Champion won him a partnership with Peak Milk.

“It is meat and potatoes”: Beneil Dariush reveals his strategy ahead...