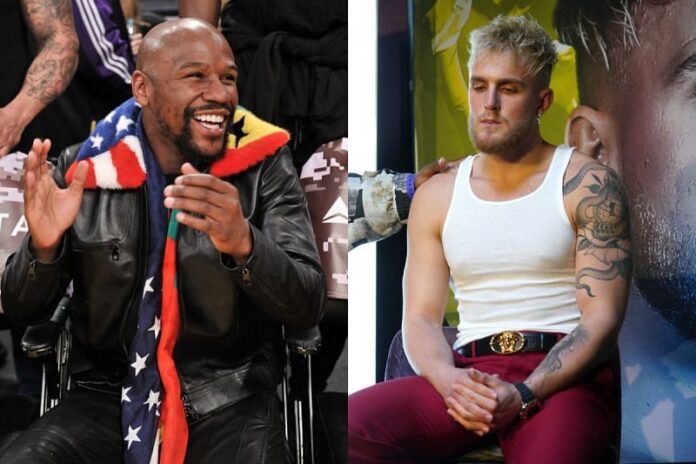 ‘The Problem Child’ posted the video to his Instagram account, in which he is seen interrupting Mayweather’s conversation. Paul enters the fray yelling, “Floyd, you’ve got the stage! Get off Clubhouse, because my brother is going to beat your a*s “before being ejected from the panel and returned to the audience.”

Before continuing with his interview, Mayweather can be heard saying, “Okay, that’s cool, that’s cool… anyhow, like I was saying.”

Paul appeared to find the conversation amusing, but Mayweather was unfazed by the YouTuber and remained unconcerned throughout.

Paul has made it his life’s mission to mock Mayweather in every way he can.

At a press conference on May 6, the two made their first public appearance before the battle. The event was going seemingly well until Paul grabbed Mayweather’s cap.

The undefeated boxer’s security chased down Paul, and the 3-0 YouTuber-turned-prizefighter walked home with a black eye.

Paul afterwards posted a video on his YouTube channel describing the brawl. Jake can be heard telling Paul that he will not be able to attend the bout on June 6.

Read more: “He might get f**ked up but I feel he might win”: Sean O’Malley on Logan vs Mayweather fight

Floyd Mayweather net worth: One of the richest boxers to have...

Who is Claressa Shields’ love interest and why is she in...