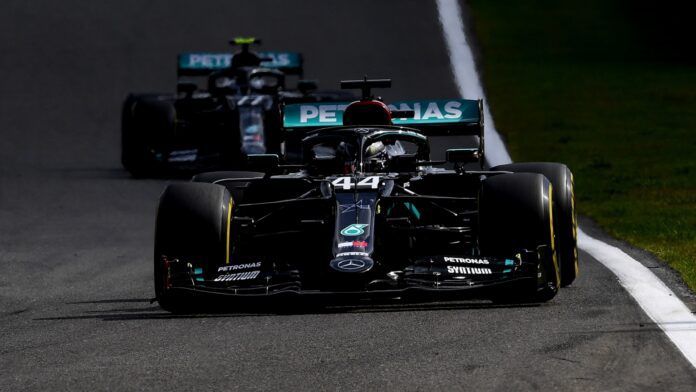 Previous to the British Grand Prix, Mercedes had to endure a streak of five winless races that pushed Red Bull in the lead.

However, prior to the race in Silverstone, Mercedes implemented significant upgrades to their W12. This helped them claim their fourth win of the season.

Mercedes chief technical officer, James Allison, has recently revealed that while the major chunk of the upgrades have been done and dusted, there still remains a bit of fine-tuning in the cars.

What did Allison say?

James Allison disclosed that there is still a possibility of a few tweaks taking place on the cars as the season progresses.

“We came home from the weekend pretty chipper about the upgrade. Is there any more to come?” James said.

“There may be here and there, but in the vast sort of main industrial effort of our development program–that was the last big package that we will bring this year.

“But there will be a few tweaks here and there where we can see efficiently that we can bring some performance without distracting us from the big effort that is now going into next year’s car,” he added.

It is a known fact that several drivers take the assistance of a simulator to better understand their car before heading into a race.

At the same time, it is also a known fact that Mercedes driver Lewis Hamilton is always reluctant to use one.

The seven-time world champion had revealed previously that he has never been a fan of simulators. However, after facing a difficult time with Red Bull, the knight ended up taking a u-turn.

Hamilton revealed that before posting the fastest time in qualifying in Silverstone, he had used a simulator.

“Yes, the simulator wasn’t his most favorite tool in the past,” Wolff stated.

“But I think we’ve developed it to a level that is quite good and made it best in class, and he’s started to see the benefits of it.

“This fight is so tough that you need to just grab every single marginal gain, and that’s why we’ve progressed together to better understand the car also with the tool of the simulator,” Wolff concluded.

With the combined advantages of a simulator and an upgrade package, will Mercedes be able to claim the title this season?