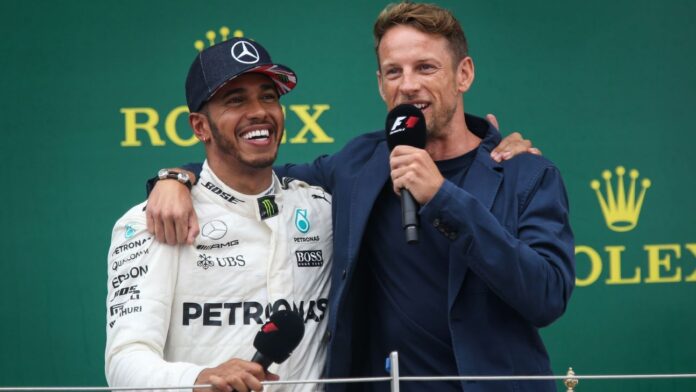 2009 Formula One champion Jenson Button revealed details about his old teammate Lewis Hamilton who has become more mature from when he started out.

While talking about various subjects, Button mentioned Hamilton’s use of social media.

For some time now, Hamilton has been using social media to increase his reach and gain followers by becoming a proper influencer.

Button said, “He has come a long way, he really has. He had a lot of insecurities in the past with racing. I remember the time he thought I’d unfollowed him on social media when we were team-mates – ‘Oh, I thought we were better friends than this. Jenson has just unfollowed me’ – and then he posted again saying ‘Sorry, Jenson never actually followed me’.

Since this incident, Button says that Hamilton has come a long way and become a lot more mature.

The seven-time world champion currently has a massive following on social media.

Additionally, he has achieved a lot more than any other Formula 1 driver on the grid.

Hamilton is on the right path

The former McLaren driver can only wonder if the other drivers have pushed the Brit into becoming this way or whether it’s just years of experience.

But irrespective of that, Button believes that his compatriot is in the right direction.

Button does confess that Hamilton still has some of his insecurities. But he is glad that his old teammate is a lot more relaxed as compared to before.

Raising his voice for a cause

Hamilton also has started to use social media to raise his voice in favor of various causes.

For the time being, Hamilton is recovering from a disappointing weekend at the Monaco Grand Prix.

The next race at the Baku City Circuit is something we are all looking forward to.

Banter: Sainz hits back at Ricciardo ‘dresses like 60-year-old’ retort with...