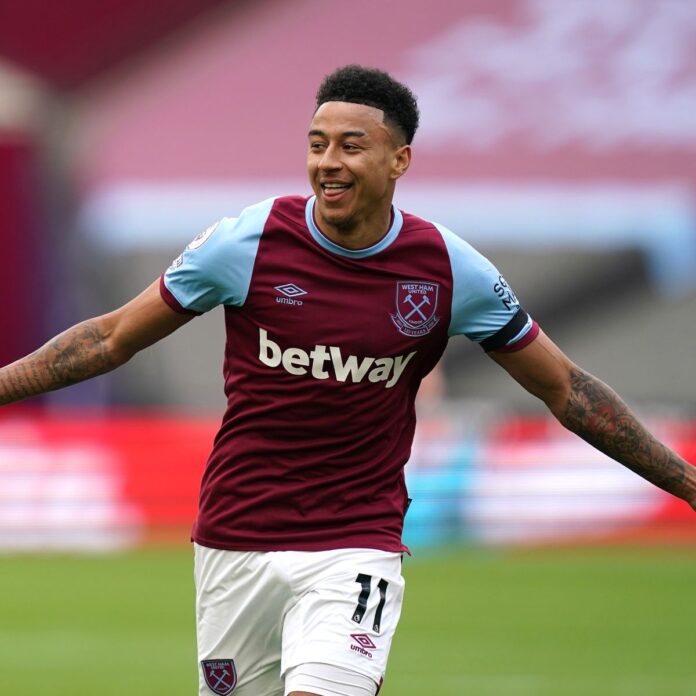 Jesse Lingard is an English professional footballer who plays for Premier League club Manchester United and the England national team as an attacking midfielder or winger.

Jesse Ellis Lingard was born on December 15, 1992, in Warrington, Cheshire, to an English family. His enrollment at the ‘William Beamont Community High School’ fueled his childhood passion for football, which grew to a new level as he grew older.

His parents enrolled him in the ‘Penketh United’ academy after noticing his passion for the game. Jesse excelled there, so his parents decided to send him to a better youth academy. The obvious choice seemed to be ‘Manchester United.’ As a result, Jesse was practicing with the country’s most well-known youth academy at the age of seven.

During his initial years at the academy, he played in a variety of youth ranks. He idolised Andrés Iniesta and attempted to emulate his playing style. He was usually one of the shortest players on all of his teams, but that didn’t stop the left-footed footballer from making an impact.

Lingard has won the UEFA Europa League, FA Cup, FA Community Shield, and EFL Cup, making him one of only three players in history to score in all four finals.

Lingard made his senior debut while on loan at Leicester City in 2012. He also spent time on loan at Birmingham City, Brighton & Hove Albion, and Derby County during the 2013–14 season.

Lingard broke into the Manchester United first-team under Louis van Gaal in 2015. He was a regular in the side until 2018 when he fell out of favour under Ole Gunnar Solskjr and struggled to regain his place.

Lingard played for England at the under-17 and under-21 levels before making his senior international debut in October 2016. He went on to represent his country at the 2018 FIFA World Cup, where England reached the semi-finals and finished fourth.

Jesse Lingard was in a long-term relationship with Emma Hyde before they split up. Emma accused Jesse of abandoning her as soon as he achieved success in football. She also claimed to have cared for him when he was injured during one of his junior matches. Jesse remained deafeningly silent on the subject.

Emma also claimed that she had helped Jesse financially when he was in need. The media jumped on the story, and Jesse took a lot of heat for the developments. Emma later stated that she hoped for reconciliation, but that it did not occur.

Jesse Lingard was also in a short-term relationship with Rebecca Halliday, a stunning fitness model. Jesse and Rebecca first met in a nightclub and began dating soon after.

Rebecca became pregnant with Jesse’s child shortly after their first date, but they decided to end their relationship. Despite this, Rebecca and Jesse remain friendly and strive to be the best parents they can be for their daughter. According to reports, Rebecca takes Hope to see her father once a week.

Jesse Lingard was previously in a relationship with Jena Frumes until March 2018. She rose to prominence on the MTV comedy show Wild ‘N Out before appearing in the short film Mango and Guava. She has since become a huge social media star. Lingard and Frumes reportedly met while on a pre-season tour in the United States with Manchester United. However, according to The Sun, the relationship ended in March 2018.

Jesse Lingard has revealed more about the personal and family issues that have hampered his performances for Manchester United over the last season or two. He confirmed his mother’s depression, and having to care for his two younger siblings had a significant impact on him.

Lingard said: “I was the type of guy that liked to bottle things up, keep everything to myself, but various things happened and I felt it was the right time to speak out.

“Last season, I was going through some things off the field with my family so it was difficult for me to perform on the field.

“I’m very family-orientated and my mum was going through some things last year with depression… she went to London to get that sorted out so in the meantime, I had to look after my little brother and sister who are 12 and 15.

“I was still performing at the same time. You just get to that point where you’re like, ‘I’ve got to actually say something here. I spoke to my family and stuff like that. It felt so much better.”

Jesse Lingard has made quite a name for himself. He owns J-Lingz clothing, aftershave, and a variety of accessories. Lingard’s net worth is estimated to be around £11 million. In addition, he earns around £100,000 per week in salary.