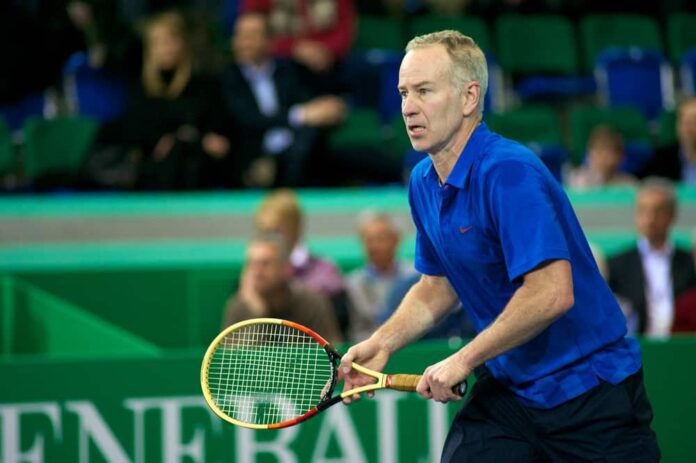 John McEnroe is a retired American professional tennis player. McEnroe is noted for his outstanding technique, unrivalled number of victories, and his on-court temperament, which frequently landed him in trouble with tennis officials.

McEnroe has worked as a television commentator, game show host, and talk show host since his retirement.

John Patrick McEnroe, Jr. was born on February 16, 1959, in Wiesbaden, West Germany. His parents, John and Kay, were both Americans who were stationed in Germany for his father’s job at the United States Air Force.

McEnroe’s family migrated to Stewart Air Force Base in Newburgh, New York, when he was a newborn, and then to Flushing, Queens, in 1961, and Douglaston, New York, in 1963.

After leaving the Air Force, John’s father worked as an advertising agent during the day and attended Fordham Law School at night. Mark and Patrick, John’s brothers, were born in 1964 and 1966, respectively, and Patrick went on to become a professional tennis player.

In 1978, McEnroe joined the ATP tour and finished the year as the #4 rated player after winning 5 tournaments. He won 10 singles titles and 17 doubles trophies the following year.

This included the Wimbledon Doubles Championship and the men’s singles US Open crown. McEnroe defeated Björn Borg in the US Open final in 1980; just two months after losing to him in the Wimbledon Men’s Singles final.

In 1981, he became famous for yelling at umpires, and the phrase became the title of his 2002 memoir. He defeated Borg at Wimbledon and the US Open that year. The Associated Press voted him Athlete of the Year later that year.

John and Patty own several houses in Malibu. They paid $3.35 million for a ranch-style home in 2013. Then $21 million for an oceanfront mansion in Malibu’s elite Paradise Cove in 2015.

Read more: Randy Orton net worth: How much is the 13-time WWE world champion worth in 2021?