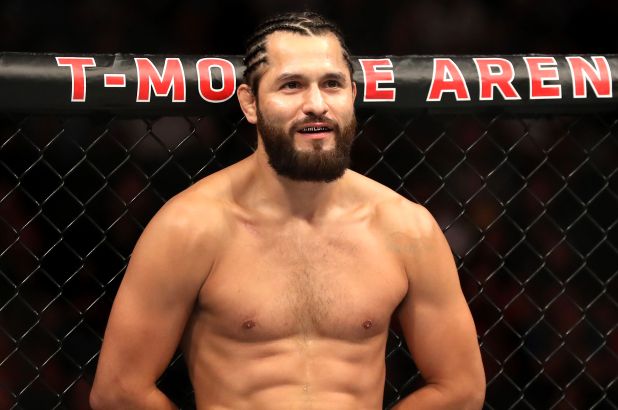 Jorge Masvidal is a professional MMA fighter from the United States.

Jorge Masvidal was born on November 12, 1984, grew up in Miami. He is the son of a Cuban father and a Peruvian mother. Masvidal claims that when he was a child, his father fled Cuba in a homemade raft and ended up in the Virgin Islands. Masvidal’s father was later imprisoned for manslaughter and drug trafficking for more than twenty years.

From a young age, Masvidal was frequently involved in street fighting. There are videos on YouTube of him defeating Kimbo Slice’s protégé “Ray” in fights. Masvidal wrestled at St. Brendan High School but was ineligible to continue because of his grades. He then began karate and mixed martial arts training.

In June 2006, Jorge Masvidal defeated Nuri Shakir to win the vacant AFC Welterweight Championship. In April 2013, he made his UFC debut, defeating Tim Means. In November 2013, Masvidal won the Fight of the Night in a loss to Rustam Khabilov. In January 2017, he won the Performance of the Night against Donald Cerrone.

He currently competes for the Ultimate Fighting Championship (UFC) in the Welterweight division. Masvidal has been a professional fighter since 2003, competing for Bellator, Strikeforce, Shark Fights, and World Victory Road.

He holds the UFC ‘BMF’ Championship belt and the record for the fastest knockout in UFC history, at 5 seconds. He is ranked #7 in the UFC welterweight rankings as of May 10, 2021.

Masvidal challenged Donald Cerrone at UFC on January 28, 2017. He dropped Cerrone and nearly finished the fight in the last seconds of the first round before winning by TKO in the second round after earning another knockdown. Masvidal received his second Performance of the Night bonus as a result of his victory.

Masvidal fought Ben Askren at UFC 239 on July 6, 2019. Both combatants charged in right away, with Masvidal striking Askren with a flying knee as he attempted a takedown and winning the fight by knockout 5 seconds into round one. The knockout was the fastest in UFC history, shattering Duane Ludwig’s record.

This victory earned him the Performance of the Night award, as well as the 2019 Knockout of the Year award from numerous MMA media sites. Masvidal then inked a new eight-fight contract with the UFC.

Masvidal challenged Nate Diaz in the main event of UFC 244 on November 2, 2019. In an unusual turn of events, UFC President Dana White stated that the main event would be for a special “Baddest Motherfucker” (‘BMF’) belt.

Masvidal won the bout by TKO after a doctor’s stoppage between rounds three and four when the cage-side physician concluded Diaz’s right eye had been cut and rendered him unable to continue. While the decision sparked debate among fight fans, Brian Suttere, a Mayo Clinic-affiliated physician, declared that he supported it.

Masvidal came in on less than a week’s notice to battle Kamaru Usman for the UFC Welterweight Championship at UFC 251 on 5 July 2020, replacing the original challenger Gilbert Burns, who tested positive for COVID-19 on 3 July 2020. He inked a new multi-bout contract with the UFC before the fight. He was defeated by unanimous decision in the dull battle.

According to reports, the event drew 1.3 million pay-per-view purchases in the United States, the biggest since UFC 229 in October 2018.

Masvidal faced Kamaru Usman in a rematch for the UFC Welterweight Championship on April 24, 2021, at UFC 261 and was knocked out in the second round, his first stoppage in the UFC.

Masvidal has three children with Iman Kawa, a Jordanian American entrepreneur, and procurement specialist who is the sister of MMA agent Malki Kawa. Masvidal and Kawa were together for about ten years before splitting up in 2019.

Masvidal announced the launch of Gamebred Fighting Championship, a bare-knuckle MMA promotion, in April 2021. On June 18, 2021, the promotion held its first PPV event in Biloxi, Mississippi.

In the main event of UFC 244 in November 2019, Jorge Masvidal and Nate Diaz faced off for the promotion’s newly conceived BMF title.

President Donald Trump sat in the front row of Madison Square Garden to watch the action. Dwayne “The Rock” Johnson, a pro wrestler and Hollywood star, was on hand to present the winner with the belt.

The fight was stopped after three rounds, which appeared to be all going Masvidal’s way, by a New York State Athletic Commission doctor who did not like the look of the cuts Diaz had sustained. Masvidal was handed a TKO win.

That outcome did not go down well with fans, who were as vocal as ever in their displeasure in the days and weeks that followed. The fight was extremely controversial and talks about it went on for days.