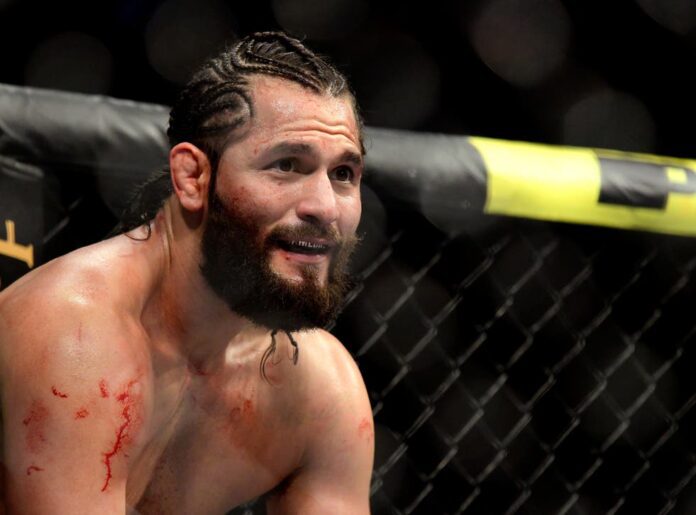 Jorge Masvidal is a professional MMA fighter from the United States.

Masvidal grew up in Miami, the son of a Cuban father and a Peruvian mother. Masvidal claims that when he was a child, his father fled Cuba in a homemade raft and ended up in the Virgin Islands Masvidal’s father was eventually imprisoned for manslaughter and drug trafficking for more than twenty years. From an early age, Masvidal was frequently involved in street fights.

There is footage on YouTube of him defeating Kimbo Slice’s protégé “Ray.” in fights. Masvidal wrestled at St. Brendan High School but was ineligible to continue because of his grades. He subsequently began karate and mixed martial arts training.

Masvidal now competes for the Ultimate Fighting Championship in the Welterweight division (UFC). Masvidal has been a professional fighter since 2003, competing for Bellator, Strikeforce, Shark Fights, and World Victory Road.

He has the UFC ‘BMF’ Championship belt and the record for the fastest knockout in UFC history, at 5 seconds. He is ranked #7 in the UFC welterweight rankings as of May 10, 2021.

Masvidal was 3–0 in the now-defunct BodogFIGHT promotion, with wins over Keith Wisniewski and Steve Berger, as well as a head-kick knockout of PRIDE Fighting Championships and UFC veteran Yves Edwards.

Masvidal signed with Bellator in April 2009 and competed in their lightweight tournament.  Masvidal won his debut fight via first-round TKO. However, in Bellator 5, he was defeated in the semi-finals by Toby Imada, who won through inverted triangle choke submission in the third round. This shocking defeat was named Submission of the Year by Sherdog and MMA Junkie.

Masvidal faced and defeated Eric Reynolds in a 160-pound Catchweight fight at Bellator 12 via rear-naked choke submission. He was rumoured to be fighting again, but the organisation released him.

In September 2010, Masvidal moved up to the welterweight class to face Paul Daley at Shark Fights 13 in Amarillo, Texas. After Daley failed to make weight, the contest was rescheduled for a catchweight of 171.75 lbs. Daley won a unanimous decision over Masvidal. Masvidal signed with Strikeforce after this performance.

Masvidal made his Strikeforce debut in early 2011, taking on Billy Evangelista at Strikeforce: Feijao vs. Henderson. He was victorious by unanimous decision.

Following the championship fight, Masvidal faced Justin Wilcox on July 14, 2012, at Strikeforce: Rockhold vs. Kennedy. He won by unanimous decision (29–28, 28–29, and 30–27). Masvidal was scheduled to meet Bobby Green at Strikeforce: Cormier vs. Mir on November 3, 2012, but the fight was cancelled along with the show.

Masvidal was then scheduled to fight Pat Healy at Strikeforce: Marquardt vs. Saffiedine, however, he was forced to withdraw due to a back ailment.

Masvidal was lured over to the UFC after Strikeforce was dissolved in January 2013. On April 20, 2013, he made his UFC on Fox 7 debut against Tim Means. Masvidal’s debut was a success, as he won the fight by unanimous decision.

On November 6, 2013, Masvidal met Rustam Khabilov at UFC: Fight for the Troops 3. He was defeated by unanimous decision in the back-and-forth fight. Despite the defeat, Masvidal received his first Fight of the Night.

Masvidal fought Cezar Ferreira in a welterweight match at The Ultimate Fighter 21 Finale on July 12, 2015. He won the fight via knockout in the first round, and he was also awarded the Performance of the Night prize.

Masvidal challenged Donald Cerrone at UFC on January 28, 2017. He dropped Cerrone and nearly finished the fight in the last seconds of the first round before winning by TKO in the second round after earning another knockdown. Masvidal received his second Performance of the Night bonus as a result of his victory.

Jorge Masvidal vs. Darren Till

Masvidal fought Darren Till in the main event of UFC Fight Night 147 on March 16, 2019, after a 16-month hiatus. Despite being dropped in the first round, he went on to win the bout by knockout in the second.

Masvidal also received his second Fight of the Night and third Performance of the Night bonus medals as a result of his victory.

Masvidal fought Ben Askren at UFC 239 on July 6, 2019. Both combatants charged in right away, with Masvidal striking Askren with a flying knee as he attempted a takedown and winning the fight by knockout 5 seconds into round one. The knockout was the fastest in UFC history, shattering Duane Ludwig’s record. This victory earned him the Performance of the Night award, as well as the 2019 Knockout of the Year award from numerous MMA media sites. Masvidal then inked a new eight-fight contract with the UFC.

Masvidal challenged Nate Diaz in the main event of UFC 244 on November 2, 2019. In an unusual turn of events, UFC President Dana White stated that the main event would be for a special “Baddest Motherfucker” (‘BMF’) belt.

Masvidal won the bout by TKO after a doctor’s stoppage between rounds three and four when the cage-side physician concluded Diaz’s right eye had been cut and rendered him unable to continue. While the decision sparked debate among fight fans, Brian Suttere, a Mayo Clinic-affiliated physician, declared that he supported it.

Masvidal came in on less than a week’s notice to battle Kamaru Usman for the UFC Welterweight Championship at UFC 251 on 5 July 2020, replacing the original challenger Gilbert Burns, who tested positive for COVID-19 on 3 July 2020. He inked a new multi-bout contract with the UFC before the fight. He was defeated by unanimous decision in the dull battle.

According to reports, the event drew 1.3 million pay-per-view purchases in the United States, the biggest since UFC 229 in October 2018.

Masvidal faced Kamaru Usman in a rematch for the UFC Welterweight Championship on April 24, 2021, at UFC 261 and was knocked out in the second round, his first stoppage in the UFC.

Read more: Jorge Masvidal net worth: The rags-to-riches story that the world needs to know