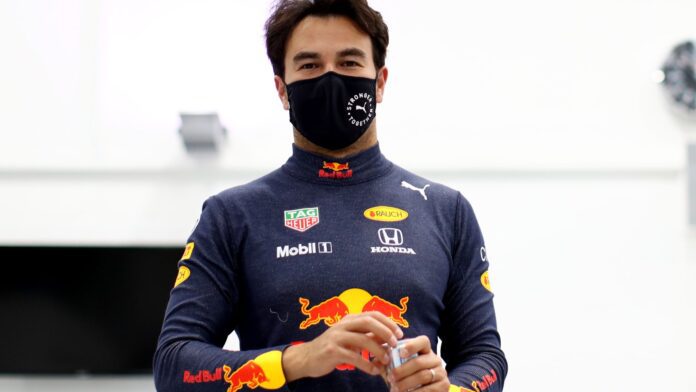 Jos Verstappen is under the impression that his son Max’s Red Bull teammate Sergio Perez is still to make himself home in his performance.

Perez joined Red Bull this season in place of Alex Albon and has managed to give stellar performances.

He even was able to single-handedly win the Azerbaijan Grand Prix after Max Verstappen crashed out due to tyre failure.

Additionally, Perez has finished out of the top five only once in all of the races so far.

However, Verstappen senior thinks that one area where Perez is yet to develop upon is the qualifying.

What did Jos say?

Max and Sergio have together managed to place Red Bull at the top of the constructor’s standings with a 40 point gap with Mercedes.

The 49-year old Dutchman talked about the partnership between the two drivers.

“It works really well. Pérez has to improve a bit in qualifying to help Max. He still has a few weaknesses,” he said.

“So far he’s been doing a very good job,” he stated.

Lewis and Max are at eye-level

Max had claimed that he would be “two tenths faster” than Lewis Hamilton in his own car. However, his father has a diplomatic stance on the matter.

“Lewis and Max are at eye level,” said the 1994 two-time podium finisher for Benetton.

“It’s difficult to compare because they are in different cars. They are the two best drivers in Formula 1.

“Lewis has a lot of experience but Max has been with us for a long time. He’s been working with his own engineer for six years.

“Max knows what he’s doing and he can read the race well,” he concluded.

Jos also talked about the intense rivalry between the two dominant teams on the grid.

“Helmut and Toto don’t like each other,” said Verstappen.

“That is part of the game in competition. But I do not take part,” he concluded.