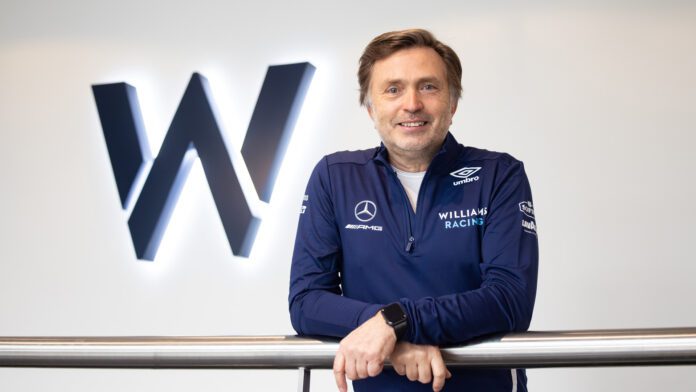 Williams team boss Jost Capito is expecting a surprise in the running order of Formula 1 for the upcoming 2022 season.

This is expected thanks to the new regulations imposed by the FIA which will kick in from next year.

As a result, we will see ‘new’ versions of all the cars plying on the grid.

Currently, all the teams on the grid have their focus on 2022 and have diverted all their resources to improve compatibility with the technical regulations change.

Back when the turbo-hybrid power unit was introduced in 2014, there was a significant change to the pecking order. The new cars could see a similar result when they get on the track next season.

What did the team boss say?

Capito added that with the pandemic and no one being able to interact with each other, there is no idea what the teams are up to. Therefore, it is just a guessing game on the speed of the cars.

“It’s difficult to say because every team is working in isolation, so you don’t know where the others are,” Capito told Crash.net. “So you are fighting against competition you don’t see.

“But now, everyone tries their very best and there could be a surprise next year how the ranking order will be,” he added.

Since the start of the season, Williams has slowly made its way to the midfield after scoring their first points in Hungary.

Williams co-founder Patrick Head stated that the outfit currently has a ‘better leadership’ structure in place.

Capito added that for now, the team is functioning at its top.

‘That’s a great thing for the team’

“I think the results and how the team moved forward through the first half of the year, nobody would have expected that at the beginning of the season,” Capito said.

“To get that close to points and get in Q3, it seemed impossible. For me, personally, it’s good to see how the team develops.

“The best [thing] I’ve seen is not the results but how the team develops, how the communication is improving and how the co-operation within the team and the home team is improving. That, for me, is the biggest thing I liked.

“For the team getting into Q3, we are now disappointed if we don’t get the point. I think two months ago everyone would have been very happy if we were 11th or 12th and now they are disappointed.

“I think that’s a great thing for the team,” he concluded.

Lewis Hamilton should be thankful to Pirelli for rediscovering his form:...