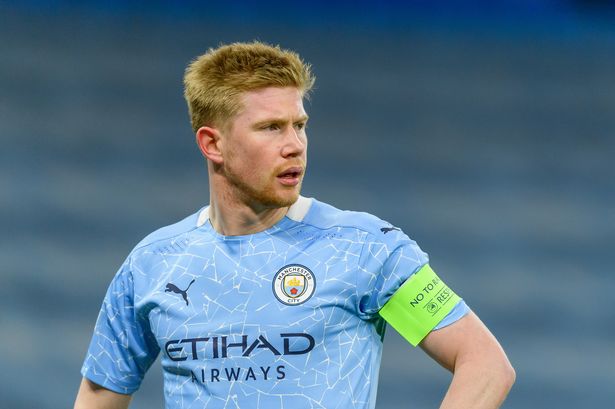 Kevin De Bruyne is a Belgian professional football player, who plays for Premier League side Manchester City, and for the Belgium national team. He is primarily a central/attacking midfielder, but has also played as a right-winger and as a false-9 throughout his career. He is widely considered to be one of the best players in the world today. His net worth is $60 million, and he earns around $20 million per year.

De Bruyne was born in Drongen, Belgium, in 1991. He began his footballing career by playing for his home team, KVV Drongen. He then transferred to Genk in 2005, and joined the first team three years later. His performances there attracted the interest of Chelsea, who signed him. However, he was sparsely used, and was loaned back to Genk and to Werder Bremen as well. He then signed for Bundesliga side Wolfsburg.

There, De Bruyne blossomed into a world class player. He broke the Bundesliga assist record, supplying 20 assists in a single season. He was then brought back to England by Manchester City. With the Cityzens, De Bruyne further developed his game, and is a strong favourite when the question of who the best player in the league is comes up.

With Belgium, De Bruyne has been a force to be reckoned with. He is a key cog of the team, and his performances helped steer Belgium to the semi-finals of the 2018 World Cup. Although they lost the semi-final to France, they beat England in the third place playoff match, securing third place.

De Bruyne is married to Michele Lacroix. They began their relationship in 2014. In 2016, they were blessed with their first son, Mason Milian De Bruyne. Their second son, Rome De Bruyne, was born two years later. In the middle, De Bruyne and Michele got married to each other. They then had a daughter named Suri De Bruyne, who was born in September 2020.

De Bruyne also served as an ambassador for the 2014 Special Olympics, which happened in Antwerp. He was involved in the main advertisement campaign, which talked about Down Syndrome. In Dutch, the slogan in the advertisement accompanied De Bruyne, resembling a person with Down Syndrome, saying “Would you still be my fan if I looked like this?”

He released his autobiography in 2014, titled ‘Keep it Simple’. It was published by Borgerhoff and Lamberigts, and is a critically acclaimed book.