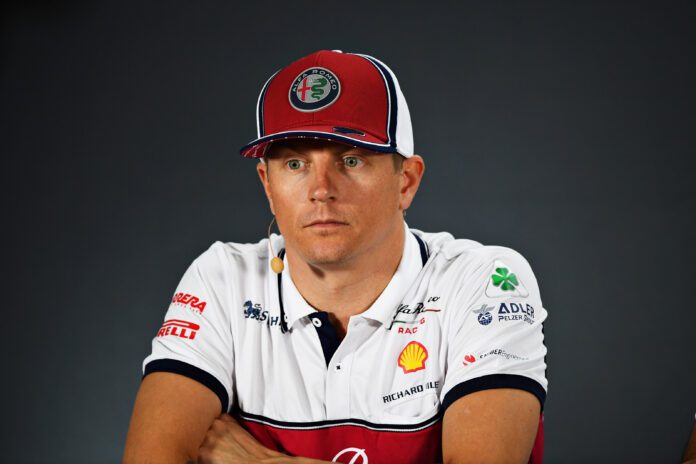 Kimi-Matias Räikkönen, also known as “The Iceman”, is a Finnish Formula One driver, currently driving for Alfa Romeo Racing.

He is one of the only five drivers in the world to have taken over 100 podiums with 103 podium finishes. He has won 21 Grand Prix and is the only driver to win a race in the V10, V8, and V6 turbo-hybrid engine eras.

After consecutively racing for nine seasons in Formula One, Räikkönen left to compete in the World Rally Championship in 2010 and 2011. He came back to Formula One in 2012.

Räikkönen was born in Espoo, which is located on the northern shore of the Gulf of Finland. He always loved and succeeded in karting from the age of 10.

At the age of 15, he pulled his first race in Monaco but ended it after informing his mechanic that his steering wheel broke during the race by waving it out in the air.

His second race was also unforgettable where he was pushed on the wrong side of the safety fence. He then pulled his kart back into the game and finished third.

He also won the Nordic Championship in Norway.

Räikkönen attained second place in the European Formula Super A championship. Then, in 1999, he won the British Formula Renault winter series and also won the first four races of the year.

Based on his results, Räikkönen had impressed Peter Sauber and was offered his first Formula One test drive at Mugello Circuit on 18 September 2000.

On the first day, he was suffering from neck pain, but on the second day, he finished the lap half a second faster than the regular driver.

Sauber kept this news to himself and tried to get Räikkönen an F1 Super Licence. Unfortunately, at that time Räikkönen was considered inexperienced by the Fédération Internationale de l’Automobile (FIA).

However, he impressed FIA again in a test in November 2000 and was granted his Super Licence. This decision by FIA ended up facing a lot of controversies mainly because Räikkönen was considered inexperienced by many.

So, the FIA decided that if Räikkönen would perform as expected in the coming races, only then his Super Licence will not be revoked. Räikkönen’s team boss promised a performance delivery and thus the license was not revoked.

The first race was held in Australia and Räikkönen finished at seventh but was promoted to sixth due to penalties and retirements in the race.

In another race, in Brazil, Räikkönen was a lot more confident and qualified in the tenth position. This was a single place behind his teammate Heidfeld. He managed to climb to eighth place but on lap 9, Olivier overtook him claiming the eighth position.

Räikkönen stuck to the ninth position till lap 57 as he was suffering because of the total wet conditions. He slid off the circuit and into a pullback.

For San Marino, Räikkönen was finally able to leave Nick Heidfeld behind. He drove well here, after dueling with Ferrari. After suffering a steering wheel failure, Räikkönen crashed into the wall and ended his race.

In Spain, Räikkönen unqualified his teammate one more time. In this race, he dueled with Jaguar and finished eighth, just two places behind Heidfeld.

In Austria, Räikkönen made a strong climb up to sixth while leaving his teammate behind. After the retirement of some cars, he gained the third position. However, Michael Schumacher in his Ferrari left Räikkönen behind. As a result, he finished in fourth place.

Räikkönen worked for some time with Sauber. However, he fairly impressed the McLaren team and earned a seat with the outfit in 2002.

He finished in third place in the 2002 Australian Grand Prix, his first race with McLaren. He also experienced many engine failures during the same year.

In France, he came close to winning his first Grand Prix. He finished this race in the second position. Räikkönen and his teammate won a strong third place for McLaren in the Constructors’ Championship.

In Malaysia in 2003, he won his first race. He was also declared the winner after the race in Brazil was stopped on lap 55.

However, after a week of swilling evidence, he attained second.

In the season of 2003, Räikkönen tried his best but always stayed in either the third or the fourth position.

In the 2004 season, he started with only one point in a total of seven races.

Räikkönen faced several obstacles like electric problems in Monza, losing his rear wing in Germany, and many more. But he was still considered a rising star.

In 2005, he was facing difficulty with his tyres, as Michelin tyres seemed too soft for the car. In Malaysia, he looked set for the podium until a faulty tyre valve failed his race.

He achieved three poles in San Marino and Spain. He faced another difficulty after a driveshaft failure but won the next two races.

After some more difficulties related to the tyres, there was clarification in the rules that allowed the teams to change tyres without penalty.

In 2006, he suffered more problems with electronics and was also hit from behind in Malaysia. The hit he received caused him to retire from the race.

In the Italian Grand Prix, Räikkönen was giving his best. However, he was passed by Michael Schumacher and thus finished in the second position.

After the 2006 Italian Grand Prix, Räikkönen signed a three-year contract with Ferrari.

He started the 2007 season by winning his first Grand Prix with the outfit.

He finished the race at the Malaysian Grand Prix in the second position. In Canada, he finished in the fourth position.

In France, Räikkönen received the 11th victory of his Formula One career.

Räikkönen met former Miss Scandinavia, Jenni Dahlman, and they got married on 31 July 2004. They are settled in Finland.

He is currently engaged to Minna-Mari “Minttu” Virtanen, a fitness model.

Räikkönen likes to snowboard and play ice hockey. He also likes to participate in various kinds of motorsport events.

Kimi Räikkönen is known to be fond of alcohol and to be attracted to wild cats. His controversy of being exposed in a club is pretty famous.