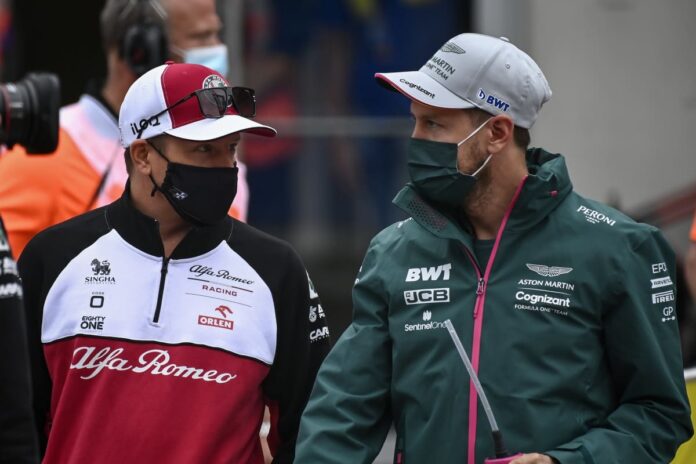 Despite a nail-biting race at the Austrian Grand Prix, the key feature was the number of penalties that were handed out.

A total of 10 penalties were handed out by the FIA.

This included a 20-second penalty for Kimi Raikkonen after his crash with four-time champion, Sebastian Vettel.

Just before his crash with Vettel, the 2007 world champion was frustrated with his engineer for not informing him about track limits.

Raikkonen had twice crossed the track limit at Turn 10 and was shown a black and white flag when he crossed it again.

When his engineer informed him about the flag, the Finn became furious.

The former Ferrari teammates were fighting for 12th place during the last lap of the race when they crashed into each other.

This comes after Vettel’s left rear tire tangled with Raikkonen’s front right and that sent them into the gravel.

“I have to see it. He turned left and off we went. But I need to see,” Raikkonen mentioned during a post-race press conference.

20-second penalty for the Finn

Kimi Raikkonen, after the race, was penalized by the race steward for crashing into Vettel.

Apart from a 20 second time penalty, he was also handed a two point penalty.

This means that the Finn has now gathered six penalties in the last 12 months.

If this number reaches 12, he will be given an automatic ban.