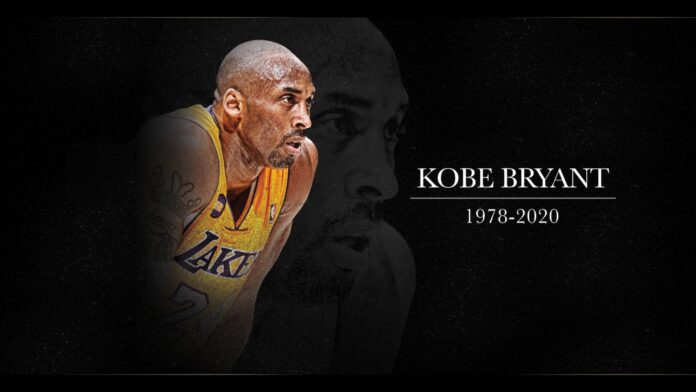 Kobe Bryant was a professional basketball player from the United States.

Kobe Bryant was born on August 23, 1978, in Philadelphia, Pennsylvania. Joe Bryant, his father, was a former Philadelphia 76ers player. His family shifted to Italy after his father retired from NBA and moved on to play in a European League. As a result, he learnt to speak Italian fluently. They moved back to Philadelphia after Joe retired altogether.

Kobe attended Lower Merion High School. He was an excellent basketball player at high school. He led his team to its first championship in 53 years. As a result, he was named Gatorade’s Men’s National Basketball Player of the Year and the USA Today’s All USA first-team player. Bryant is the NBA’s youngest-ever player to be drafted.

Bryant was a shooting guard for the Los Angeles Lakers in the National Basketball Association for his entire 20-year career (NBA). Bryant, regarded as one of the greatest basketball players of all time, won five NBA championships, was an 18-time All-Star, a 15-time All-NBA Team member, a 12-time All-Defensive Team member, the 2008 NBA Most Valuable Player (MVP), and a two-time NBA Finals participant.

Despite a squabble with teammate Shaquille O’Neal, the pair led the Lakers to three consecutive NBA titles from 2000 to 2002. After the Lakers lost in the 2004 NBA Finals, O’Neal was traded, and Bryant became the team’s cornerstone. In the 2005–06 and 2006–07 seasons, he led the NBA in scoring.

In 2006, he set a career-high with 81 points, the second-most in a single game in league history, trailing only Wilt Chamberlain’s 100-point performance in 1962. Bryant led the team to consecutive championships in 2009 and 2010, winning the NBA Finals MVP both times.

Bryant announced his retirement after the 2015–16 season, citing physical decline.

Bryant met Vanessa Laine while she was working as a background dancer on Tha Eastsidaz’s music video “G’d Up” in November 1999. In May 2000, the two began dating and were engaged six months later.

On April 18, 2001, they married at St. Edward the Confessor Catholic Church in Dana Point, California. Bryant’s parents, two sisters, longtime advisor, and agent Arn Tellem, and his Laker teammates did not attend the wedding.

In January 2003, the Bryants’ first child was born. Bryant and his parents reconciled as a result of the birth. Vanessa miscarried in the spring of 2005 due to an ectopic pregnancy. Gianna Maria-Onore (nicknamed “Gigi”), their second child, was born in May 2006.

Vanessa Bryant filed for divorce on December 16, 2011, citing irreconcilable differences, and the couple requested joint custody of their daughters. Bryant and his wife announced the end of their divorce via social media on January 11, 2013.

Vanessa gave birth to their third daughter in early December 2016, and the Bryants announced in January 2019 that they were expecting a fourth daughter. Their daughter was born in June 2019.

Bryant was fluent in several languages. He spoke English, Italian, and Spanish fluently.

Bryant was arrested in the summer of 2003 by the sheriff’s office in Eagle, Colorado, in connection with an investigation into a sexual assault complaint filed by a 19-year-old hotel employee. Bryant had stayed at The Lodge and Spa at Cordillera in Eagle County before having knee surgery nearby.

Bryant raped her in his hotel room the night before the procedure, according to the accuser. Bryant admitted to having an adulterous sexual encounter with his accuser but denied sexual assault.

Bryant’s reputation suffered as a result of the accusation, and the public’s perception of him deteriorated. His endorsement contracts with McDonald’s and Nutella were terminated. Bryant’s replica jersey sales plummeted dramatically. Prosecutors dropped the assault case in September 2004 after the accuser decided not to testify at the trial.

Bryant later agreed to apologise to her for the incident, including his public apologies. He made a public apology stating, “Although I truly believe this encounter between us was consensual, I recognize now that she did not and does not view this incident the same way I did. After months of reviewing discovery, listening to her attorney, and even her testimony in person, I now understand how she feels that she did not consent to this encounter.”

During his NBA career, he earned around $350 million from endorsements. Among his long list of sponsors were McDonald’s, Hublot, Nike, Turkish Airlines Lenovo, and Sprite. He also signed deals with Mercedes Benz and Chinese companies like Sina.com and Alibaba.

During his initial days, he signed a deal with Adidas for $48 million.

Kobe Bryant died in a helicopter crash on January 26, 2020. Gianna, Bryant’s 13-year-old daughter, was also among the victims.

On January 26, 2020, at 9:06 a.m. Pacific Standard Time, a Sikorsky S-76 helicopter took off from John Wayne Airport in Orange County, California, carrying Bryant, his 13-year-old daughter Gianna, six family friends, and the pilot Ara Zobayan. According to the California Secretary of State business database, the helicopter was registered to the Fillmore-based Island Express Holding Corp.

The Los Angeles Police Department helicopters and most other air traffic were grounded that morning due to light rain and fog. Due to heavy air traffic in the area, the helicopter circled above the Los Angeles Zoo, according to the flight tracker. Zobayan contacted the Burbank Airport’s control tower at 9:30 a.m., informing them of the situation, and was told he was “flying too low” to be tracked.

Bryant’s identity was officially confirmed using fingerprints on January 28. The Los Angeles County Department of Medical Examiner-Coroner announced the next day that the official cause of death for him and the other eight people on the helicopter was blunt force trauma.