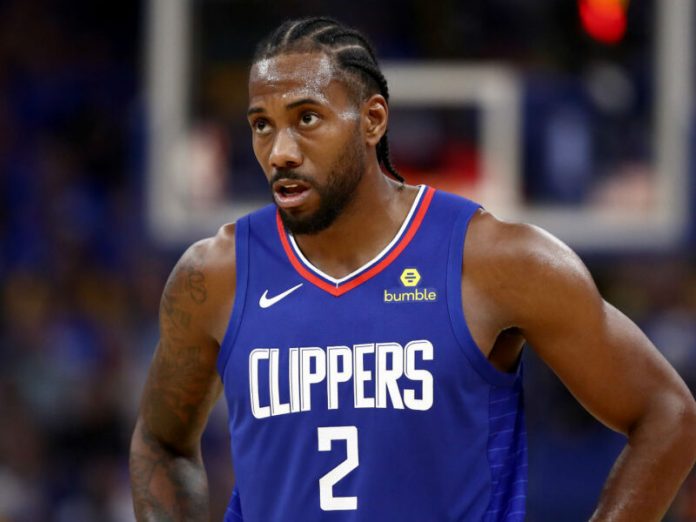 “Nobody knows at this stage,” Clippers owner Steve Baller remarked when asked about Kawhi Leonard’s likely comeback this season.

Lawrence Frank, the Clippers’ President of Basketball Operations, knows better than to dispute the check-signing person. On Friday, Frank spoke with the media ahead of the Clippers’ training camp, echoing the owner’s sentiments on Leonard’s return, as reported in The Orange County Register.

“At this point, it’s just no one knows when you’re dealing with a recovery from an ACL (injury), the timeframe.

“Even just to save you guys throughout the year,” Frank told reporters logged into the Zoom video conference.

“(The answer) is no one knows. You just attack it day by day. He has a very detailed plan with a great group, and we’ll just let his body and the doctors tell us when it’s the right time.”

The Clippers will rely largely on co-star Paul George as the team’s No. 1 offensive option while Leonard is out. Reggie Jackson, Marcus Morris, Terance Mann, and newcomer Eric Bledsoe are all expected to play bigger roles.

The Clippers have a bright long-term future: they re-signed Kawhi Leonard to a four-year, $176.3 million contract this offseason, securing the star’s services alongside Paul George’s at least until the Intuit Dome in Inglewood opens in 2024.

“When you have a transcendent talent like Kawhi, one of the best players in the world, that was priority No. 1,” Lawrence Frank, Clippers’ president of basketball operations said.

“The fact that he’s not only decided to remain a Clipper but that he’s firmly planted his flag in the ground, I think it’s great. It’s validation of a lot of different things – the organization that Steve and the group has built where a talent like Kawhi wants to be a Clipper for a long time.”

The Clippers will try to stay competitive, but they’ll have to do so without their most spectacular talent for a period of time that, as Frank put it, “no one knows”.

Leonard had surgery on his right anterior cruciate ligament on July 13 to repair a partial rupture, and the Clippers would prefer not establish a timeline for when the five-time All-Star and two-time NBA Finals MVP from Moreno Valley would return.

According to medical experts, Leonard’s rehabilitation will take at least six months and more likely nine months to a year, which means he could return for the start of the NBA playoffs in mid-April, though it’s far from a certainty.

Here’s the exact moment where Kawhi Leonard injured his knee. 😓

The Clippers star stayed on for a minute after Joe Ingles’ intentional foul before leaving the game for good.

While acknowledging the unpredictability of the situation, Frank stated that Leonard is trying hard to return after an ill-timed injury forced him out of the franchise’s best postseason run in 51 years.

On a drive to the basket late in Game 4 of the Clippers’ second-round series against the top-seeded Utah Jazz, Leonard grounded awkwardly and collided with Joe Ingles. With what was initially classified as a right knee sprain, he missed the rest of the playoffs, including the Clippers’ next two victories over Utah and all six games against the Phoenix Suns in the Western Conference finals.

The best thing Leonard can do for the Clippers now, according to Frank, is focus on his rehab.

“He’s always looking for different ways he can expedite his recovery, but it’s gonna take time,” Frank said. “Having been in these experiences, especially as a coach with someone who has an injury like this, you make their focus their recovery and that’s first and foremost.”

Serge Ibaka, Leonard’s friend, had back surgery on June 10 after back pain (which he blamed to a pinched nerve) cost him 30 regular-season games and hampered the veteran center at the outset of the playoffs.

Ibaka’s “maniacal work ethic” is driving his comeback, according to Frank, who added that Ibaka will start training camp next week with non-contact practice and grow from there.

Clippers confirm that Leonard has a right torn ACL

Kawhi Leonard underwent surgery on his right ACL on Tuesday, an injury the Los Angeles Clippers did not explain as he sat out the team’s first-ever Western Conference finals participation.

There is no timetable for his comeback, according to the Clippers.

In 11 playoff games, Leonard averaged 30.4 points, 7.7 rebounds, and 4.4 assists. In Game 4 of the team’s second-round series against the Utah Jazz, he was injured for the first time.

He was held out of the Clippers’ last eight postseason games, including their 4-2 loss in the Western Conference finals against the Phoenix Suns.

Leonard sustained a knee sprain, according to the Clippers. They never provided any other information, and he was ruled out for the remainder of the playoffs on a game-by-game basis.

The Los Angeles Clippers made the greatest trade in franchise history on July 5th, 2019. The Clippers completed one of the most effective rebuilds in NBA history by dealing for Paul George and then gaining a commitment from reigning Finals MVP Kawhi Leonard.

The Clippers had re-established themselves as a strong threat in the Western Conference just one year after the final member of Lob City ultimately left Los Angeles.

While the franchise did an excellent job of positioning itself to recruit a player of Kawhi Leonard’s quality, it was ultimately Kawhi’s decision.

The desire to stay at home is an important piece of background that is often overlooked when discussing Kawhi Leonard’s decision to join the Clippers and, by extension, his impending free agency.

Whether or not the Clippers were the best basketball team for Kawhi to win titles, they gave him the chance to compete in his hometown on a regular basis. Any debate about Kawhi Leonard’s desire to play for the Clippers must take this reality into account.

With Kawhi Leonard’s option to opt out of his Clippers contract and go elsewhere this summer, there could be an opportunity so compelling that it would tempt him away from his hometown after only two seasons.

If this was ever considered a genuine prospect during Kawhi’s time with the Clippers, it should no longer be considered a viable option.

Despite missing Serge Ibaka, Ivica Zubac, and Kawhi Leonard, the Clippers came within two wins of reaching the NBA Finals. It’s easy to argue that if this year’s team had been fully healthy, they would have won the championship.

While the Clippers’ ability to compete for a title in the 2020 playoffs was questioned, the team’s ability to do so in the 2021 playoffs should be proven beyond a shadow of a doubt.

The Clippers are in a position to contend on an annual basis, thanks to Paul George’s return, Ty Lue’s expertise, and the front office’s proven ability to round out the team with winning players.

Given this reality, and the fact that being close to home was a big role in Kawhi Leonard’s choice to join the Clippers, rumours that he may depart this summer should be dismissed.

It appears exactly the same now as it did two years ago when Kawhi Leonard decided to join the Clippers. Whatever one’s opinion of the Clippers’ potential is, it is indisputable that when healthy, they can compete with the best in the game.

On July 5th, 2019, this became true, and it will remain true on July 5th, 2021. As a result, Kawhi Leonard will very probably be a Clipper for many seasons to come, not just next season.

“Trying to elevate himself”: Bayless rips into Erving for leaving out...