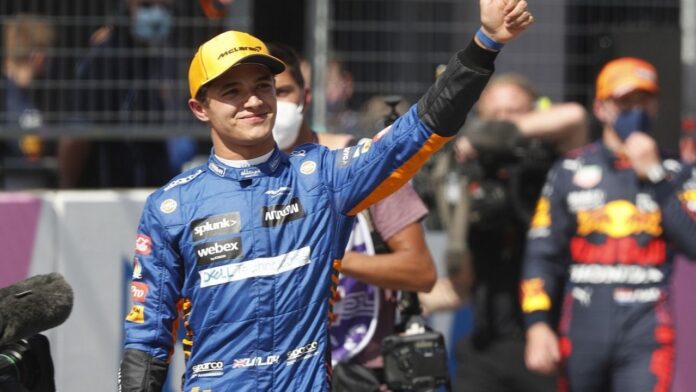 McLaren have had a diverse number of drivers race for their team. Some of the big names include Ayrton Senna, James Hunt, and Alain Prost.

Despite being at the pinnacle of the sport during their time, none of them have achieved what Lando Norris did in Silverstone.

The 21-year-old has managed to set a record for the most consecutive points scored for the team.

At the moment, Norris is on a streak of 15 point finishes for the Woking-based outfit and certainly hopes to score a lot more.

The McLaren driver achieved yet another points finish for his team after coming in fourth in Silverstone – his home race.

Collecting 12 points in the process, he became the only driver associated with McLaren to have back-to-back 15 points finishes.

In addition to this achievement, Norris is also the only driver to have points finish in every race this season.

The Brit has been responsible for bringing in crucial points for the papaya team considering his teammate, Daniel Ricciardo has been struggling with his car.

His first podium was at the Emilia GP where he claimed a third-place finish. The second was at the prestigious Monaco Grand Prix where he finished P3 again.

Finally, it was the Austrian Grand Prix where he had scored his first career podium last year.

With every passing race, Norris has been developing his form and coming out stronger. We are yet to see how he performs in Hungary.