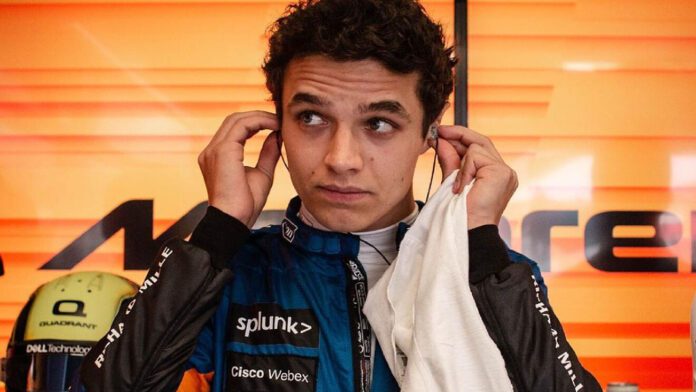 McLaren team boss Andreas Seidl claims that there is a chance that Lando Norris might be hit with a one-race ban.

In the event that happens, Stoffel Vandoorne will be the first choice to replace the McLaren driver.

During the Austrian Grand Prix, Norris was among the several drivers who were penalized.

Norris has 10 penalty points in hand

Norris was awarded a penalty after he run Sergio Perez off the track at turn 4 during their battle for second place.

Not only was Norris hit with a five-second time penalty, but he was also awarded two penalty points.

This has brought his tally to 10. However, he will be losing two points at the British Grand Prix mainly because they are counted over a 12-month period.

But even with eight points in his hand, the McLaren driver will be skating on thin ice.

“It is not reassuring. There is a fundamental risk,” Seidl said in an interview.

Norris has had a stellar season so far

With three podiums and a fourth place in the driver’s standings, Norris has collected 101 points so far this season.

He is currently nine points ahead of Mercedes driver Valtteri Bottas.

Seidl has counseled Norris to continue giving his best performance. However, he has also told him to refrain from doing anything crazy.

Seidl added: “I think we all agree that in an incident like with Checo it is not in the interests of Formula 1 and sport if a driver is suspended for a race because of such an incident.”

Seidl prepared with back up driver

The team boss agreed that penalty points serve an important purpose. However, they should not be valid for incidents such as those that happened on Sunday.

“We will discuss that in the next meetings with teams and Formula 1, and drivers will also bring it up safely,” he added.

When asked who would replace Norris if he were to be banned, Seidl mentioned that McLaren “have an agreement with Mercedes regarding their reserve drivers”.

His first choice would be former McLaren driver Stoffel Vandoorne.

He is currently racing with Mercedes for Formula E.