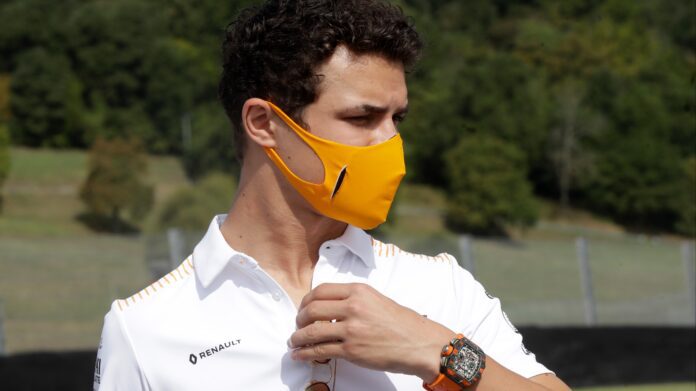 McLaren driver Lando Norris attended the Euro 2020 final between England and Italy on Sunday at the Wembley stadium.

However, after the match, as Norris was walking back to his McLaren sports car, he was mugged and had his Richard Mille watch stolen.

McLaren confirmed the news of the mugging and issued a statement regarding the entire situation.

“Thankfully, Lando was unharmed but he is understandably shaken,” the team stated.

“The team is supporting Lando and we are sure that racing fans will join us in wishing him all the best for the British Grand Prix this weekend.”

“As this is now a police matter we cannot comment further,” they added.

The entire match was doused in chaos as supporters clashed with each other. The police had made a whopping 53 arrests so far.

Additionally, officials had to breach the security cordons and charge into the perimeter area before the start of the match.

Norris is on good terms with several players from England who faced defeat from penalties after extra-time ended 1-1.

The McLaren team driver has been on the podium thrice so far this season and currently stands fourth in the driver’s standings.