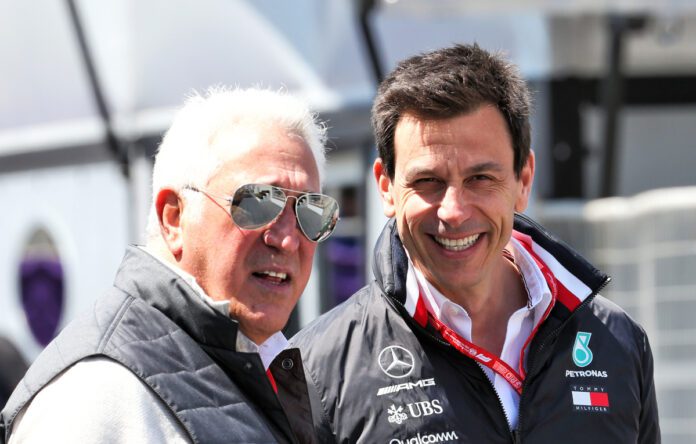 F1 personalities and friends Lawrence Stroll and Toto Wolff are under investigation for a shady transaction.

According to investigations conducted by BaFin and reported by Le Journal de Montreal, purchases into Aston Martin shares by Wolff have been deemed suspicious. The reason for this is possible insider trading.

The case has been transferred to the Financial Conduct Authority (FCA) in the UK for review. This is because Aston Martin’s shares are listed on the London Stock Exchange.

Wolff bought a 0.95% stake in Aston Martin back in April 2020. The price paid for it is still a mystery, but experts predict that it is worth around $36 million after evaluating Aston Martin’s market value. This is suspicious because barely six months later, Mercedes themselves considered buying a stake of 20% in Aston Martin.

It also screams insider trading because Aston Martin appointed Tobias Mœrs as CEO, who until then was the man in charge of Mercedes-AMG.

Head of communications for Mercedes F1 Bradley Lord commented on the investigation. He was asked if Wolff knew that Mercedes was planning on investing in Aston Martin.

“We are not aware of any such action. All the necessary disclosures were made to the British financial authorities at the appropriate time.

“Mr. Wolff and Mr. Stroll are friends, and sometimes share travel arrangements to and from Grand Prix. This was the case in Melbourne in (March) 2020. Toto invested in Aston Martin because he believes in the brand, the product and its growth potential,” he concluded.

Further developments in the case regarding the two men are yet to surface. As and when they do, more things will be clear.

Marcin Budkowski still in disbelief over how Esteban Ocon managed to...