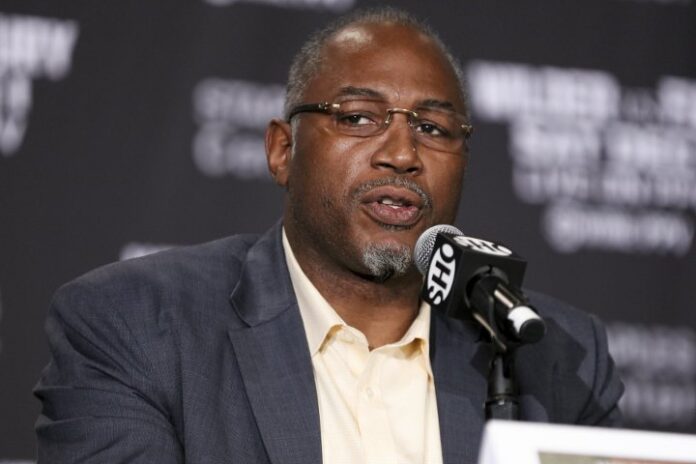 Lennox Claudius Lewis was born on 2nd September 1965 and was a former professional boxer. He was active from 1989 to 2003.

He has many laurels to his name including being crowned the three-time world heavyweight champion and a two-time lineal champion. Additionally, he was also the last heavyweight to hold the undisputed championship.

Lewis has dual citizenship in Britain and Canada. He also represented Canada at the 1988 Summer Olympics where he won a gold medal in the super-heavyweight division.

Lewis was born on 2nd September 1965 in West Ham, London, England. His parents were Jamaican and his mother revealed that he would often fight with other children while he was growing up.

In 1977, Lewis moved to Canada with his mother when he was 12 years old. In school, he showed great performances in Canadia Football, Soccer, and Basketball.

In 1982, he led his school’s AAA basketball team to win the Ontario provincial championship.

After becoming a professional boxer, Lewis moved back to England stating that he always considered himself British. Many British fans regarded him as “a Canadian at heart and a Briton for convenience.”

Lewis’ early career was filled with knockouts of journeymen and fighters including the likes of Osvaldo Ocasio.

After signing with the American promoter – Main Events, Lewis won the 1990 European heavyweight title in a fight with Frenchman Jean Maurice Chanet.

In March 1991, Lewis beat Gary Mason to win the British title. Additionally, he won the Commonwealth title against Derek Williams in April 1992.

Lewis was among the top five world heavyweights.

Lewis was a 6-foot 5-inch (1.96-metre), 230-pound (104.3-kg) boxer. As a result, he was considered exceptionally large for fights against other average heavyweights.

The World Boxing Council (WBC) took away the title of Riddick Bowe and awarded it to Lewis who had defended his title thrice before losing to American Oliver McCall in London in September 1994.

Over the course of the next few years, Lewis was able to win all his fights and secured another championship fight.

In 1997, Mike Tyson, who held the WBC heavyweight title, refused to face a much taller Lewis.

However, after a court order stating that Tyson should defend against Lewis, he surrendered his title.

February 7, 1997, saw Lewis face-off Oliver McCall for the WBC crown and won by technical knockout in the fifth round. This was after McCall refused to fight.

In April 2000, Lewis lost his portion of the WBA portion of his title following a legal dispute with promoter Don King.

However, the same year, he was able to win against Michael Grant, Franz Botha, and David Tua and retain his IBF and WBC heavyweight titles.

In April 2001, Lewis lost to Hasim Rahman in a fifth-round knockout. However, in the rematch held in November, he regained his title.

After many legal complications, Lewis was set to fight Tyson on June 8, 2002, in Tennessee. In the eighth round, Lewis knocked out Tyson.

In 1999, Lewis faced off IBF and WBA titleholder Evander Holyfield in a title unification match which was among the biggest challenges he faced.

Their fight in March was highly controversial.

The twelve rounds of the fight were decided to be a draw by the judges. However, most observers were under the impression that Lewis was able to overpower Holyfield.

This was based on the fact that Lewis landed 348 punches in contrast to Holyfield’s 130. The spectators at the Madison Square Garden booed the decision and a rematch was ordered within six months.

After he retired from boxing, Lewis shifted to Miami Beach along with his wife Violet Chang, a former Miss Jamaica runner-up.

The couple has three children together.

Apart from boxing, Lewis is also an enthusiastic chess player and also ran an after-school chess program for disadvantaged youths.