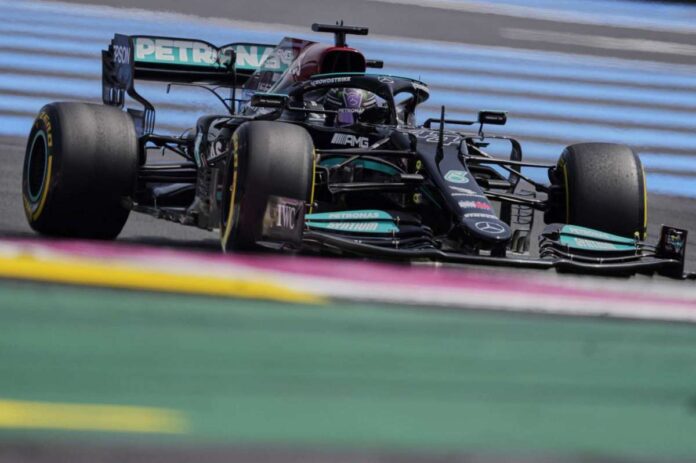 AlphaTauri rookie Yuki Tsunoda was exiting the pits when a Williams flew past him and avoided a crash which led the Japanese to take a wide route into Turn 1.

However, this led to disruption for a charging Hamilton who had to take the escape road to avoid a collision.

France has a tricky pit exit

The Paul Ricard circuit in France provides a challenge for drivers as the pit exit is very narrow. This could prove to be difficult for drivers who are trying to rejoin the track.

To top this, the starting straight is also a DRS zone so drivers have to be extra careful.

Both Tsunoda and Hamilton were lucky that there was no damage to their cars. The Brit was just about to start a flying lap before he noticed Tsunoda exiting from the pits.

Bottas in the lead

By the end of the free practice, Valtteri Bottas was in the lead with a time of 1m33.488s. He had set this time on his first flying lap and was ahead of teammate Hamilton by 0.335s.

The upcoming race will prove crucial for the Finn as it will be an opportunity for him to silence his critics.

For the moment, however, Mercedes seem to be faster than their rivals Red Bull.

Read More: Lewis Hamilton wants a “good night out” with fellow drivers after regulations are relaxed

Max Verstappen was going through a medical checkup when Lewis Hamilton...