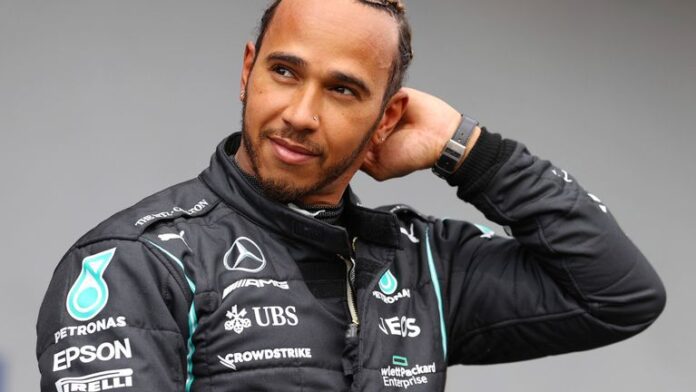 Lewis Hamilton is a 36-year-old British race car driver who is undoubtedly one of the most successful Formula One (F1) Grand Prix racing drivers of all time. He holds the F1 record for most career race victories and is tied for the most driver titles with Michael Schumacher (seven). He became the first Black driver to win the F1 world drivers’ championship in 2008.

Hamilton started driving when he was eight years old. When he was 10, he won the British Kart Championship. Three years later, Hamilton was signed to the McLaren and Mercedes-Benz Young Driver Assistance Programme, where he received the training and support he needed to advance his career. From 1998 to 2000, he won European and international karting titles, and at the age of 15, he became the sport’s youngest-ever number one driver.

Hamilton moved on to auto racing, where he won the British Formula Renault race series title in 2003 by winning 10 of the 15 races he competed in. He participated in the Formula Three Euroseries championship the following year. He won the championship in 2005, then in 2006, he joined a team racing in GP2 (Grand Prix 2), a racing series meant to assist drivers train for F1, and he won the GP2 title in his one season there.

Hamilton joined the McLaren F1 team in 2007. In his first season, he finished second in the world drivers’ championship, just one point behind the victor, Finland’s Kimi Räikkönen. That year, his four race victories equaled Jacques Villeneuve’s F1 record for most wins in a rookie season.

Hamilton remained one of the top drivers on the F1 track in future seasons with McLaren, winning two races in 2009, three in 2010, three in 2011, and four in 2012. Hamilton left McLaren in September 2012 to join the Mercedes-Benz F1 team.

Although he struggled to acclimate in his first season with Mercedes-Benz, winning only one race, Hamilton nevertheless managed to accumulate enough points to finish the top five of the drivers’ championship standings for the seventh straight season.

Hamilton won the 2014 Formula One season, winning a career-high 11 races to claim his second drivers’ championship. He was as dominant in 2015 when he won his third drivers’ title barely a month before the season finished.

Combined with Nico Rosberg, Hamilton’s performance enabled Mercedes-Benz to win the F1 constructor’s championship in both seasons. Rosberg and Mercedes-Benz won their respective championships in 2016, with Hamilton finishing second to his teammate in the drivers’ standings.

The following year, Hamilton won nine races on his way to his fourth driver’s title. In 2018, he won another drivers’ title, bringing his career total to five and tying Juan Manuel Fangio for the second greatest total in F1 history.

Lewis Hamilton recalls searching for deceased Ayrton Senna back in 1995...