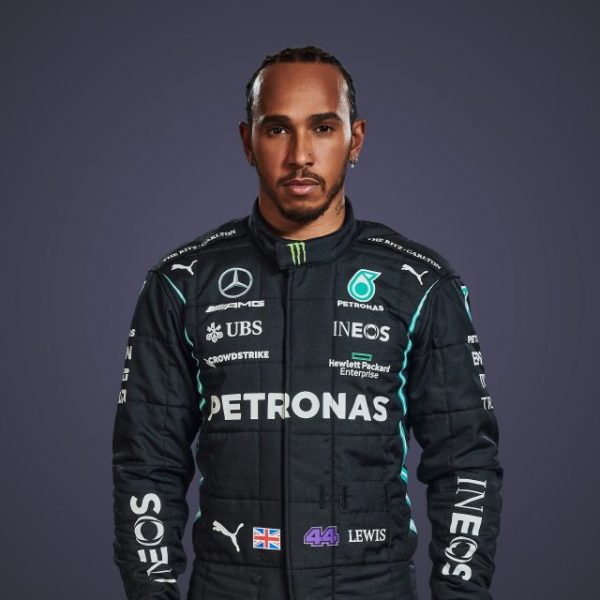 Lewis Hamilton is a racing driver from the United Kingdom. He currently drives for Mercedes in Formula One, having previously driven for McLaren from 2007 to 2012.

Sir Lewis Carl Davidson Hamilton was born in Stevenage, Hertfordshire, England on January 7, 1985. Anthony Hamilton, his father, is black and of Grenadian descent, while Carmen Larbalestier, his mother, is white, making him a mixed-race child.

The following year, Hamilton finished second in the national BRCA championship against adult competition. Hamilton was subjected to racist abuse because he was the only black child racing at his club.

To support his son, Hamilton’s father quit his job as an IT manager and became a contractor, working up to four jobs at once, including double glazing salesman, dishwasher, and putting up signs for estate agents, all while attending his son’s races. Hamilton’s father later founded his own information technology firm. He remained Hamilton’s manager until the end of the season.

Hamilton attended The John Henry Newman School in Stevenage, a voluntary aided Catholic secondary school. Hamilton began karate at the age of five to defend himself against bullying at school. In addition to racing, he was a member of his high school’s association football team, which included future England international Ashley Young.

Hamilton has a joint-record seven World Drivers’ Championship titles (tied with Michael Schumacher) and holds the records for the most wins (98), pole positions (100), and podium finishes (171) in Formula One.

Hamilton joined McLaren’s young driver programme in 1998. This led to a Formula One drive with McLaren in 2007, making Hamilton the series’ first and only black driver.

Hamilton has also become a vocal supporter of activism to combat racism and promote greater diversity in motorsport. Hamilton was named one of the 100 most influential people in the world in the 2020 issue of Time, and he was knighted in the 2021 New Year Honours.

Hamilton was named PETA Person of the Year in 2018 for his vegan activism. Hamilton stated in an interview in 2018 that he stopped drinking “a while ago.”

Hamilton was in an on-again, off-again relationship with Nicole Scherzinger, the lead singer of the American girl group Pussycat Dolls, from November 2007 to February 2015. Hamilton owns two unrestored 1967 AC Cobras, one black and one red, and it was reported in February 2015 that he bought a Ferrari LaFerrari from “his rivals in Maranello.”

Hamilton was banned from driving in France for a month on December 18, 2007, after being caught speeding at 196 km/h (122 mph) on a French highway. His Mercedes-Benz CLK was seized as well.

The car was impounded for 48 hours after Victoria Police observed Hamilton “deliberately losing traction” in his silver Mercedes-AMG C63 two days before the 2010 Australian Grand Prix. Hamilton immediately issued an apology for “driving in an overly exuberant manner.”

Hamilton, like many other Formula One drivers, relocated to Monaco in 2010, buying a house worth a reported £10 million. Hamilton also owns a $40 million apartment in Manhattan, New York, and a Colorado estate where he has stated he intends to live after retirement.

Net worth and income

Ahead of the 2015 Monaco Grand Prix, Hamilton signed a contract extension with Mercedes until the end of the 2018 season, reportedly worth more than £100 million over three years, making him one of Formula One’s highest-paid drivers. Hamilton signed a two-year contract with Mercedes in the week leading up to the 2018 German Grand Prix, which was reported to be worth up to £40 million per year.

While he earns a reported $30 million from Mercedes for the 2021 season, his sponsorship deals with top brands nets him more green arrows in the account. Hamilton endorses brands like Tommy Hilfiger and Monster Energy, and this contributes largely to his net worth. As of May 2020, Forbes estimated his value to be $54 million, and $12 million came from endorsements alone.

His success on track has been complemented by earnings from said products and endorsements. According to Celebrity Net Worth, his current net worth stands at an estimated $285 million.

Hamilton donated US$500,000 (approximately £383,000) to a variety of causes related to Australia’s bushfire crisis in January 2020. The funds were donated to fire departments and animal welfare organisations.

In the midst of the COVID-19 pandemic in 2020, Hamilton’s Neat Burger restaurant donated free meals to frontline NHS workers. In addition, Neat Burger launched the “Kids Eat Free” programme, which provided free meals to schoolchildren during the half-term break.

Hamilton began working with the United Nations Children’s Fund in 2012. (UNICEF). Hamilton travelled to the Philippines in March 2012 to make a short film about Manila’s street children. The film aired on ITV1 during Soccer Aid and helped UNICEF raise over £4.9 million. Hamilton visited a UNICEF-funded newborn care unit and nutritionists in October 2012, while in India for the Grand Prix.

In 2020, Hamilton will collaborate with the charity campaign #TOGETHERBAND to raise awareness of the United Nations’ 17 Global Goals. Hamilton visited Alperton Community School in North West London as part of his campaign work to speak to students about the value of education. Hamilton is a GOAL 4 Ambassador, focusing on the fight to ensure that all children have access to a high-quality education.

Hamilton established the Lewis Hamilton Foundation in 2008. The foundation makes grants and donations to a variety of charitable causes.