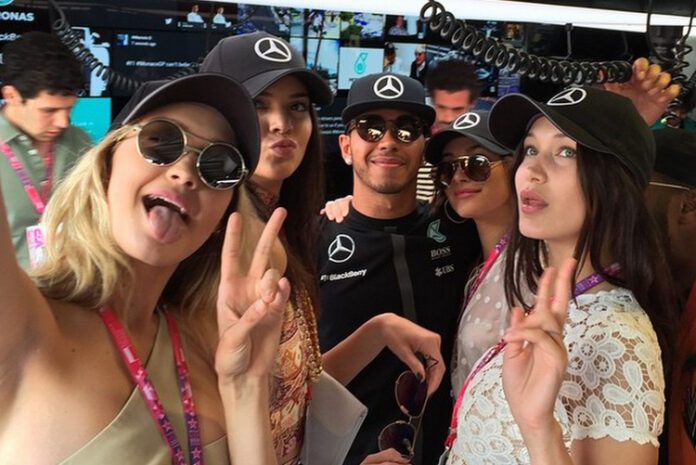 Lewis Hamilton, the king of the tracks, is taking the F1 grid by storm as he aims for an eighth World Championship title this season. This ace Formula 1 racer is not only the most successful driver but also has his interests in music, fashion and acting.

It is no secret that the world of F1 is filled with glamorous romances and Mr. Hamilton is no stranger to that.

Hamilton has had his fair share of fun outside the grid.

Today we take a look at five women that Lewis Hamilton has dated since he entered Formula 1 back in 2007.

Spicing it up with Nicole:

Lewis Hamilton might have had his most serious relationship with Nicole Scherzinger.

He met the Pussycat Doll singer in 2007 and both of them were in an on-and-off relationship until 2015. They dated for seven years before going their separate ways in 2015.

According to Hamilton, they were travelling most of the time and it became difficult to maintain a work-life balance.

Hamilton and Rihanna found love in a hopeless place:

Back in 2015, Hamilton was rumoured to be going out with Rihanna.

In the summer of 2015, they were spotted together everywhere from hanging at Crop Over festival in Barbados to NYC. Even though both of them never confirmed their relationship, they sure were the talk of the town that year.

After his break-up with Nicole Scherzinger, Lewis Hamilton was linked to Gigi Hadid who also had recently broken up with Cody Simpson.

The pair were first caught on camera together at the amfAR gala in Cannes in 2015. Gigi even went to the Monaco Grand Prix that year to support Hamilton.

We must say that Hamilton was quite the hotshot in 2015.

The night was still young with Nicki Minaj:

Nicki Minaj and Hamilton went on a vacation in Dubai towards the end of 2018.

The pair also made several public appearances which sparked off rumours that they were secretly dating.

But neither of them confirmed their dating rumours and Nicki Minaj has since then been married to her childhood sweetheart Kenneth Petty.

Getting lucky with Richie:

In 2017, dating rumours sparked off after someone spotted Hamilton having dinner with Sofia Richie.

The pair were also seen at the Balmain menswear show in Paris back in 2017. However, as always both of them never really confirmed anything on their behalf.

Let us know what you think about Hamilton down in the comments!

Read more: Senna at 5, Vettel at 3: Ranking the Top 5 F1 drivers of all-time based on a weighted score

Formula 3 on the verge of merging with W-Series – “Women...

The “bias of certain stewards” under question following Verstappen penalty