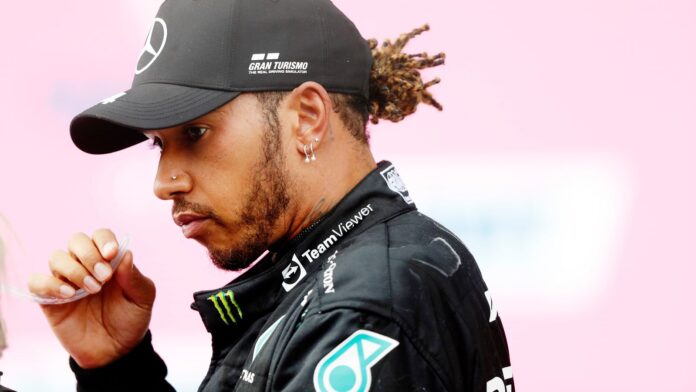 Mercedes driver Lewis Hamilton recently opened up about the various hindrances he faced during his tenure in Formula 1.

“I’d be in Newcastle and people would shout, ‘Go back to your country,’” the Briton said.

“Or in Spain in 2008, when people painted themselves black and put on wigs and were really mocking my family. I remember the sport not saying anything about it.”

Has been a victim of discrimination

It would be a while before Hamilton began voicing his opinions publically. However, he would still call out the FIA for the discrimination he would face.

For instance, during the 2011 Monaco Grand Prix, Hamilton was punished thrice in three days by the stewards.

To defend himself, he quoted a famous line by Ali G: “Maybe it’s because I’m Black”.

He faced extreme backlash for this statement.

“It often felt that maybe I didn’t speak about it in the right way, or wasn’t great at explaining it, or maybe educated enough to talk about it,” the seven-time world champion stated.

“Either way I got a lot of pushback and it seemed like more hassle than it was worth, so I reverted to just doing my talking on the track.

“The entry point to my sport was a square and I was like a hexagon, and I thought: ‘I’m never going to fit through that bloody thing.’

“That’s the point of all this inclusivity, including people and not asking them to change in order to fit. I had to morph my way in order to fit into that world, and then try to get back into the shape I was before,” he explained.

Back in 2020, after the murder of George Floyd, Hamilton began publicly raising his voice against racism.

“This wrath [sic] of emotions came up and I couldn’t contain myself. I was in tears, and this stuff came up that I’d suppressed over all these years,” he said.

“It was so powerful and sad and also released, and I thought: ‘I can’t stay quiet. I need to speak out because there are people experiencing what I’m experiencing, or ten times worse, or a hundred times worse – and they need me right now.’

“When I did speak out, that was me letting the Black community know: ‘I hear you and I stand with you.’”

Despite him being highly active when it comes to going against discrimination, Hamilton has revealed that he never loses focus of what is going on the tracks.

“I feel like I was built for this. There’s got to be a reason that I’m not only the only Black driver but the one at the front. And it’s not just about winning,” he mentioned.

“I won the world championship last year and in that year everything became visible, and I felt that my purpose was shown to me and now I’m on that journey.

“I don’t see it as a burden. It was definitely liberating to be able to be open and speak about things, for people to know that there’s much more to me than perhaps they realized from watching me on TV.

“There’s a reason it was suppressed over all that time. If it happened any sooner I wouldn’t be ready, wouldn’t be strong enough to handle it. I wouldn’t be able to do my job as well and do both things at the same time.

“But now I’m equipped with the tools to do so. I look at my niece and nephew. I look at my little cousins, and I think: ‘How can I make things better for you guys and your friends?’,” he stated.

Hamilton also talked about his plans to start a family in the future.

“I want to carry on the Hamilton name and make him proud.” However, he’s “not there yet”.

“We’ll see where we can go. As the years pass, you realize that success is a wonderful thing, But it feels relatively short-lived.

“I don’t just want to be remembered as a driver, because I care about so many more different things,” Lewis concluded.