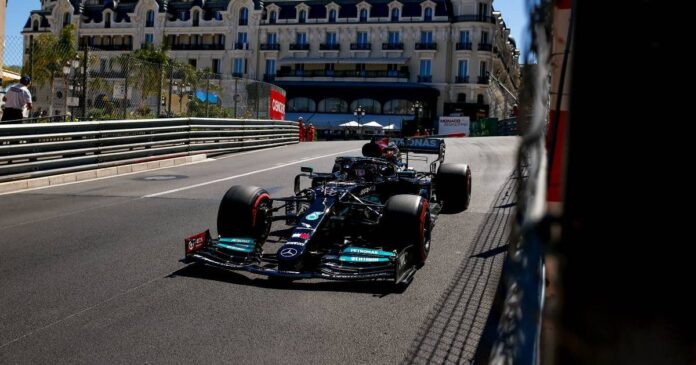 This past weekend, Hamilton could only manage P7 in the Monaco GP. As such, he finds himself playing catch-up to Max Verstappen in the WDC standings. Naturally, he was displeased with himself for the result.

Hill gave his opinion on Hamilton’s drive and race, suggesting he wasn’t up to par.

“He [Hamilton] said, at one point, he was overdriving the car. You never hear him talk about his performance in such basic term. Almost like a rookie mistake. When he does, he does overdrive on the first day he nearly always overdoes it,” Hill said.

“He drives quite raggedy on the first day, but he never got that flow this weekend.”

Hamilton has a poor record at Monaco with Mercedes. He has only won twice, and has lost to Nico Rosberg, Sebastian Vettel and Daniel Ricciardo. His dry spell continued this season, which led to him surrendering his WDC lead.

As F1 heads to Azerbaijan, Hamilton will look to put Monaco in his rear-view mirror. He isn’t a seven-time champion for nothing, and he knows the title race is far from over.

The next trace is one Mercedes has historically struggled at. Lewis and his team will have to go all guns blazing to bounce back from their setback.

Meanwhile, Hamilton’s team Valtteri Bottas will look to discard his unbelievable patch of bad luck. At Monaco, Bottas suffered the rarest of technical problems with his car, and was forced to retire. He was in the running for a podium at Monaco, but Lady Luck frowned on him yet again.

Bottas and Hamilton will look to put Mercedes back in first place in the coming races. They will look at Azerbaijan as the starting point for the launch of their comeback.

Read more: Verstappen hits out at Hamilton following Monaco win, says he should ‘do the talking on the track’

Mattia Binotto on the key to winning races – “Being ahead...