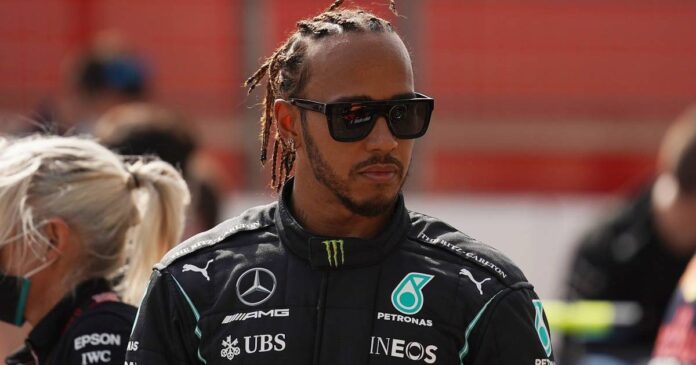 The upcoming British Grand Prix will see the implementation of the new sprint qualifying format which will be a first in Formula 1.

The format is already taking place in Formula 2, but F1 drivers will experience this for the first time in Silverstone on July 17th.

While the new format has drawn mixed reviews, Lewis Hamilton does not think that it will draw much excitement.

The seven-time world champion had a difficult time during the two-header at the Austrian Grand Prix. This led to him falling behind Max Verstappen by 32 points.

Hamilton thinks that while the format will determine the starting grid for the race, the overall result will just be a procession of cars.

“It will just be a train, probably. Hopefully, there will be some overtaking, but most likely it won’t be too exciting,” Hamilton said.

Despite this prediction by the Brit, he is willing to give the format a try before reaching any conclusions.

“We’ll wait and see,” said the defending world champion. “There’s no point judging it before we even get into it,” he concluded.

The 36-year old driver has a record-breaking seven wins in his home Grand Prix. However, the chances of making that number eight seem to be less.

This comes after Max Verstappen’s consistent wins in the recent races which have left the Brit behind in points.

However, considering his contract extension and the fact that he will experience a full crowd in Silverstone, Hamilton might just get the boost that he needs.

Can the Brit take his fourth win of the season? Only time will tell.