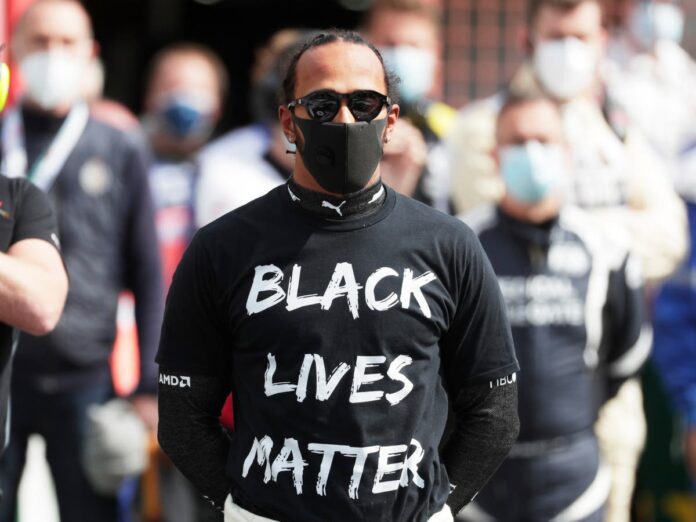 Lewis Hamilton has often been vocal about the prevalence of inequality in not just Formula 1, but also sports of other categories.

In 2020, before every race, Hamilton would schedule a moment before each race where all drivers would take a moment to ponder over the issue.

While this has been extended to the 2021 season, the organization has expanded beyond covering racism, the starting point of the idea.

Hamilton has often been a victim of abuse

Hamilton grew up in a neighborhood that was dominantly white. Due to his skin tone, he was often bullied in school.

Even during his karting days, he faced a lot of bullying.

As a result, his father taught him to talk back by performing on the track.

“I could always turn their energy against them, by outsmarting them and beating them. For me, there was more power in that than in words,” Hamilton stated in an interview.

Bullying continued beyond his childhood

While the seven-time world champion faced bullying in school, it went on to beyond that.

“When I was in Newcastle people would shout that I should go back to my own country, and in 2008 in Spain people would paint their faces black and put on wigs.

“They made fun of my family, and I can remember the sport not saying anything about it,” he explained.

Necessary to speak out for others

“It felt like I didn’t bring it up or explain it in the right way, or that I didn’t know enough about it to talk about it,” the Brit continued.

“Either way, it backfired and was more hassle than it delivered, so I didn’t say anything more about it and talked back on the track,” he stated.

In the first race of the 2020 season, Hamilton raised his fist in celebration of ‘Black Power’. He began to use his position to raise his voice about the Black Lives Matter movement.

“That wrath of emotions came out and I couldn’t hold back,” Hamilton continued.

“I was in tears, and everything I had been suppressing all these years came out.

“Then I thought, ‘I can’t keep quiet anymore. I have to speak up because there are people who are experiencing what I’ve also experienced, or much worse.’

“And they need me now,” he concluded.

Read More: Fernando Alonso opens up about tussle with Hamilton at McLaren in 2007