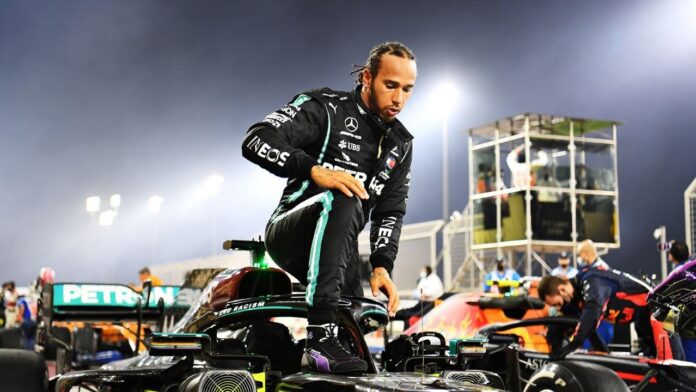 Lewis Hamilton has recently revealed that he prefers racing an opponent from a different team rather than compete with his own.

Hamilton is currently in the second spot in the driver’s standings, trailing behind Max Verstappen by 32 points.

The Brit knows that he can count on his teammate, Valtteri Bottas.

This is in contrast to the situation that happened a few seasons ago when he had to go to war with his own teammate, Nico Rosberg.

As a result, Hamilton prefers to stick to fighting other teams.

“[It]is much more enjoyable,” Hamilton explained in a video published on the official Formula 1 YouTube channel.

“I think when you’re having an internal battle because this sport is it’s different to other sports, right? If you look at football, everyone’s working towards the same goal.

“This sport’s kind of confused because you have to drive two championships, you have a team championship, where the two drivers are hired to score points for the team to win the championship…that’s the priority.

“And then individually, you have the two drivers that selfishly want to win the championship. So you’ve got this, this battle of tension.

“And yeah, when you’re working against the guy opposite you, it’s much different to working with that person and fighting another team. And that’s what makes… I feel that that makes better racing.

“That makes the championship more exciting when it’s a team against team rather than internal,” he explained.

Looking at the fact that Hamilton is locked in a battle with Max Verstappen, he compared the situation to the fight he had with Sebastian Vettel for Ferrari back in 2018.

“I feel like we had this sort of battle with, if I’m honest, it feels very similar to what we had with Vettel and Ferrari,” Hamilton explained.

“And maybe it’s even closer than that. When you’re growing up, and you’re in karting, you have these wheel-to-wheel battles every day, every weekend.

“So it’s great to see that we were having these close, tight-knit battles. Those guys are a little bit ahead at the moment.

“And so we’ve got a massive challenge to try and just make sure we bring maximum.. capitalise on any of their weak moments if they ever have any. And really just trying to extract the best of each and every single one of us in the team,” he concluded.

Read More: George Russell breaks ice on Mercedes rumours – “Nothing will be announced at Silverstone”