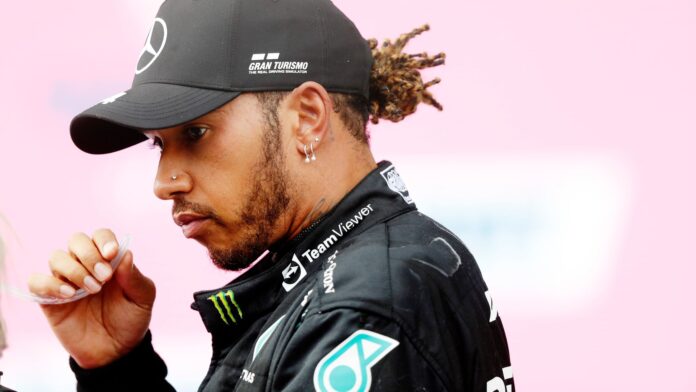 Lewis Hamilton has demanded that there needs to be swift action regarding the car after Mercedes was defeated at the Styrian Grand Prix.

Hamilton stated that Mercedes can expect more defeats in the future unless his team decides to upgrade the car.

As a result, the Brit might lose out on the opportunity of an eighth title win this season.

Mercedes team principal Toto Wolff mentioned that the outfit will continue with their current strategy and not put resources into this year’s car.

He was, however, optimistic stating that fight was far from over.

Red Bull’s team principal Christian Horner responded by saying that this is the time to “turn the screw” on Mercedes.

This led Hamilton to state that the scenario will be repeated if Mercedes does not opt for immediate upgrades to the car.

However, Mercedes have revealed that they have their focus set on the 2022 car which will be based on new regulations.

Wolff mentioned: “We have new regulations not only for next year but for years to come. You’ve got to choose the right balance.

“It would make no sense to put a week or two, a month back on the current car, because the gains wouldn’t be anywhere near the gains we are making on the 2022 car,” he concluded.

Wolff claimed that due to the regulation changes this season, the gap between Mercedes and Red Bull cannot be close with just aerodynamic upgrades.

The regulations have been implemented to slow the cars down and have his Mercedes very hard.

Horner, however, thinks that this is just a way for Mercedes to divert the attention away from the core issue.

He also thinks that the outfit will take into consideration Hamilton’s grievances.

“We know that Toto likes to throw the light somewhere else,” he said.

“So I can’t believe that they’ll go through the rest of this year without putting a single component on the car.

“Max is driving with great maturity and consistency and we’ve just got to keep turning the screw,” he concluded.

At the moment, Hamilton is still to sign a contract for the next season but Wolff has disclosed that the driver is on board.

“The driver will always fight with everything he has,” said Wolff.

“We’ve had the chat [on car development] before and as a matter of fact, it’s a very rational decision.

“The upgrades you bring wouldn’t close the aerodynamic deficit of the magnitude that these new aero regulations cost us. Fact.

“They [Red Bull] will stop aero development at a certain stage. So the fight is still full on.

“That wasn’t our best circuit in the past, and it wasn’t on Sunday but doesn’t mean that we have no weapons in our armory left,” he finished.

Will Mercedes implement new upgrades for their cars this season? Only time will tell.