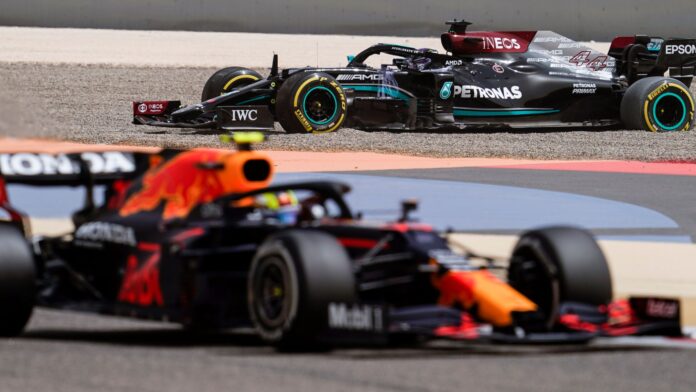 Red Bull has been the Pacific Ocean of salt after two terrible races. Mercedes was involved in both incidents in some capacity. The first one was Hamilton and title rival Max Verstappen colliding, sending the latter into the walls and out of the race. Then in Hungary, Valtteri Bottas took out Sergio Perez and damaged Verstappen.

When both incidents occurred, the Orange fans (Dutch fans) booed Hamilton, Bottas and Mercedes heavily. Hamilton understands the motion, but condemned Red Bull’s actions after every bad result. In an interview with motorsport.com, Hamilton slammed the unacceptable behaviour and comments from Red Bull personnel for causing negativity.

“It’s not a surprise to me, given the things that were said by the bosses that prompted this. I think people really need to think because it was unacceptable,” Hamilton said.

The British Knight then proceeded to praise his team for the fighting spirit they showed. He hailed the current leaders of the Constructor’s Championship, and appreciated them for being positive throughout.

“The world is changing, and we have to stay positive,” Hamilton said.

“I’m very proud of my team for staying so focused, because it was a whirlwind of emotions and things coming at us from all sides. We kept working, we got on the track and we delivered. I’m very proud of everyone,” Hamilton concluded.

The seven-time world champion is eight points ahead of Verstappen as things stand in the WDC standings. With half the season over, the second half requires both drivers to be at their best. Verstappen will no doubt be hungry to put himself back in contention after two disastrous results. Hamilton, meanwhile, will look to carry the momentum ahead to Title Number 8.

With Belgium being the next stop when F1 returns, Hamilton, Verstappen and their respective teams will look to go all guns blazing.

“When you’ve been holding a fart in on a date”: Hamilton...