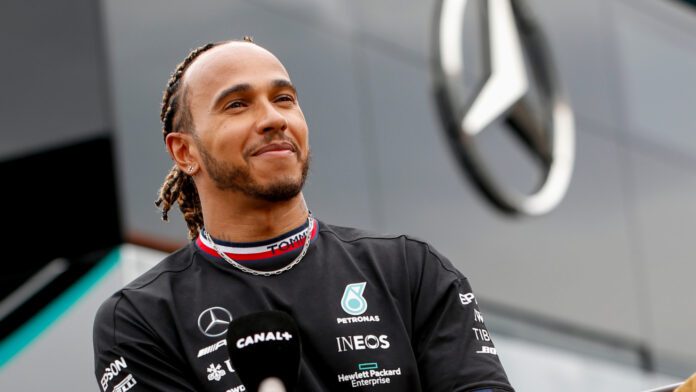 Lewis Hamilton has been having a difficult 2021 season so far in comparison to his performance with Mercedes last year.

At a rain-hit Imola circuit, he fell off the road and lost a win at the Azerbaijan Grand Prix after pressing the ‘magic button‘ on his steering wheel.

This gave Red Bull driver Max Verstappen the opportunity to cement his lead in the driver’s standings.

The 23-year-old driver is now considered the prime contender for the title win this year.

Hamilton no longer the fighter he was

Hamilton, on the other hand, is currently second in the list and 32 points behind the Dutchman.

Former F1 supremo Bernie Ecclestone is under the impression that Hamilton is no longer the fighter that he once was.

He also revealed that the seven-time world champion has the option to escape from his contract if he wishes.

What did Bernie Ecclestone say?

Lewis Hamilton has recently signed a contract with Mercedes that will see him drive for the outfit for another two years.

However, Ecclestone believes that the Brit can walk away anytime from the 2-year £80M contract.

“At the beginning of the year, I thought he would look to win the championship and then retire. But it appears not, even though I wouldn’t rely too much on contracts. He can escape from that.” said Bernie.

Hamilton had no competition, until now

Hamilton has won the previous six out of seven championships with Mercedes.

However, Ecclestone claims that having access to the finest machinery and a lack of competition has contributed to the Brit’s troubles this season.

“I have spoken to lots of people about this and perhaps Lewis is not quite the fighter that he was. There are lots of occasions this year where he could have done better and he hasn’t,” Bernie said.

“He hasn’t had any competition, the equipment has always been super, and he hasn’t really had to make the effort. But now maybe he is thinking that he better take it a bit easier,” he added.

Norris in favour of Hamilton

Hamilton, after five winless races, is now heading to his home circuit of Silverstone for the British Grand Prix. Here, he will look to redeeming himself for the losses.

McLaren driver, Lando Norris, has expressed his support for his fellow Brit and hopes that the win in Silverstone ‘comes home’.

We are yet to see if Hamilton will claim a win in Silverstone this weekend.

Read More: Martin Brundle pitches in on the Russell-Bottas debate – “Mercedes have to get a young gun”