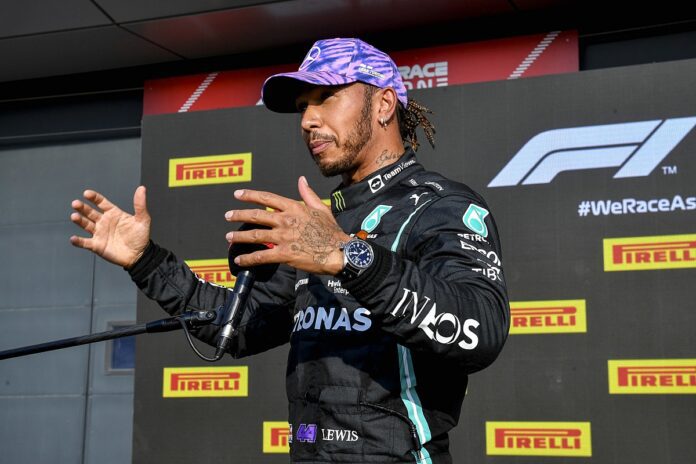 Mercedes driver Lewis Hamilton is upset with the situation in Afghanistan.

Hamilton, in addition to being one of the best drivers on the grid, is a social worker and spreader of awareness. He has spoken about the challenging situation in Afghanistan, and expressed his pain and unhappiness with it.

The seven-time champion returned from holiday and read about the situation in Afghanistan. He reacted to it on Instagram, and gave his thoughts on it.

“I am devastated by what is happening in the world,” Hamilton wrote, as reported by GP Blog.

“I’ve been away from my phone and the world in general for a few days to regenerate, I’m really upset.

“I know I’m late, but I’d like to share with you some opportunities to support those who are suffering and need help right now.”

Hamilton is no stranger to using his fame, pedigree and voice to address social issues and raise awareness about them. He has always been an advocate for many issues, and has addressed things like racism, environmental affairs and gay rights.

Most recently, he had addressed the anti-LGBTQIA+ rules in Hungary right before the Hungarian Grand Prix, and offered his support and solidarity to those affected. He said he would be an ally, and stop at nothing to help the LGBTQIA+ community.

He is also an avid social worker, having donated millions to charity and helped better the lives of millions more through his charitable work and social programmes.

There is no doubt in our minds that he will try his best to help those affected in Afghanistan in whatever way he can. He has urged his fans to do the same. If nothing else, we can stand with Afghanistan and offer solidarity to the country and its people.

Hamilton will be seen in Belgium next, where he will race at the Belgian Grand Prix.

Read more: Toto Wolff says critics have no effect on Lewis Hamilton – “History has made him like that”