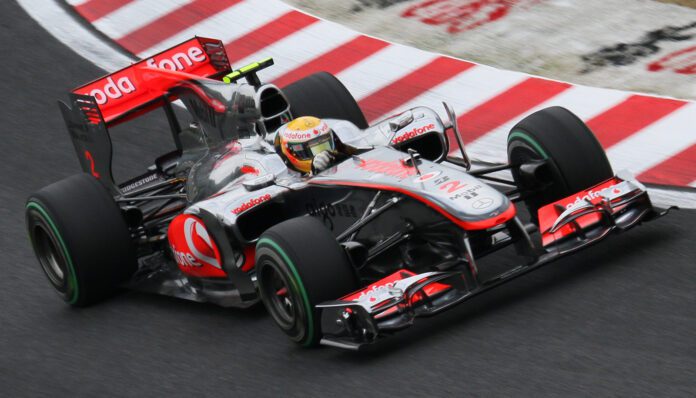 Sotheby’s, a British auctioning house, will be bringing an incredible piece of machinery to the auction table during the British Grand Prix.

Additionally, there would also be other items up for grabs including communion tokens and the GP-winning McLaren MP4-25.

The auction is expected to take place on July 17 during the race weekend at Silverstone.

The highlight of this car is that Lewis Hamilton drove it during the 2010 season and even won the Turkish Grand Prix with its help.

As a result, the F1 challenger is expected to fetch a price upwards of €5.8M.

However, there is a bit of controversy surrounding this particular car.

Red Bull noticed the presence of the ‘F-duct’ system on the rear wing of the car and reported it to the FIA.

But the car was given a green light as the wings were within regulations.

This not only resulted in a reduced aerodynamical drag but also a gain of straight-line speed of up to 6 MPH.

Additionally, the chassis number of the car, 25A-01, was designed by Paddy Lowe and several others.

This particular car will be auctioned at Silverstone just ahead of the first-ever sprint qualifying.

During the auction, the car will be driven around the circuit.

Being the first-ever Hamilton’s race-winning car, the machine is expected to fetch around $5m to $7m, which is prior to the 12.5% commission.

Sotheby’s reckoned it as “an unrepeatable opportunity given the model’s scarcity.”

We can only wait and see how much the car goes out for.