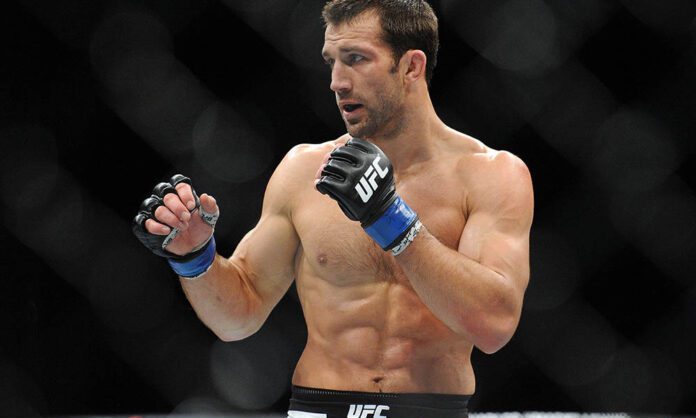 Luke Rockhold is eager to return to the UFC octagon. However, he is facing difficulty finding a suitable opponent. The former UFC middleweight champion has indicated that he is searching for exciting opponents that will get him excited about returning and getting the fans talking about him.

Rockhold stated in a recent ESPN MMA interview that he hopes to fight someone credible.

“You know, it’s like someone they wanna give me if they’re gonna present something that’s credible. Otherwise, you know it’s what I’ve done most of my career is pick names, you know. Pick, throw, and come to an agreement.

“So that’s pretty much where it’s been, just trying to find good names, fun names. Get me excited, get the fans excited, get you guys excited on your end,” Rockhold said.

His most recent middleweight fight was in 2018, where Yoel Romero defeated him in the main event of UFC 221. The former UFC middleweight champion was brutally stopped in the third round by Romero, which began Rockhold’s current two-fight losing streak.

Read more: “He deserves it”: Luke Rockhold supports Jon Jones in his legal battle against UFC

Dana White net worth: How much does the UFC president earn?