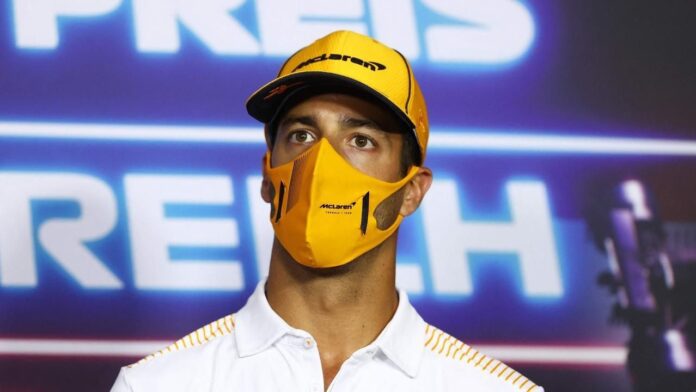 There were massive expectations from fans after Daniel Ricciardo announced his move to McLaren F1. However, things did not go to plan.

Ricciardo has faced nothing but disappointments and heartbreaks in sharp contrast to his teammate, Lando Norris‘ glory.

The Australian was once claimed to be a future world champion and has left many wondering what exactly went wrong.

Ricciardo’s Red Bull predecessor, Mark Webber has revealed what could be the possible truth behind his troubles at McLaren.

What did Webber say?

Webber has claimed that Ricciardo’s biggest problem is his entry into the corners during a race. According to him, this causes Ricciardo to lose crucial tenths and hundredths of seconds against Norris.

“He just can’t get on top of the car right now, particularly the entry to the corners. And that is 80 percent of our job. It’s like the backswing for a golfer or footwork for a cricketer,” Webber said.

“Entry to the corner is everything. He just can’t get that dialed in. And the rest of the corner is really challenging,” the Australian added.

While Ricciardo had a difficult start to the season, he was able to bring out his pace in Austrian after finishing P7 despite starting outside the top 10.

‘He’s going to have to work harder’

Webber had one piece of crucial advice for his fellow Australian. The 44-year-old stated that Ricciardo should just push harder.

“He’s not really making any errors but outright speed, he just can’t turn it on at the moment,” he said. “But there’s too much class for this to go on for too long. He’ll get on top of it,” he added.

“We talk about MMI – Man-Machine Interface. He’s going to have to work harder. The only way is forward. But he’ll get it sorted, I’ll be highly, highly surprised if he doesn’t,” he concluded.

The next race in Silverstone probably will prove to be advantageous for McLaren and Ricciardo considering it is a high-speed venue.