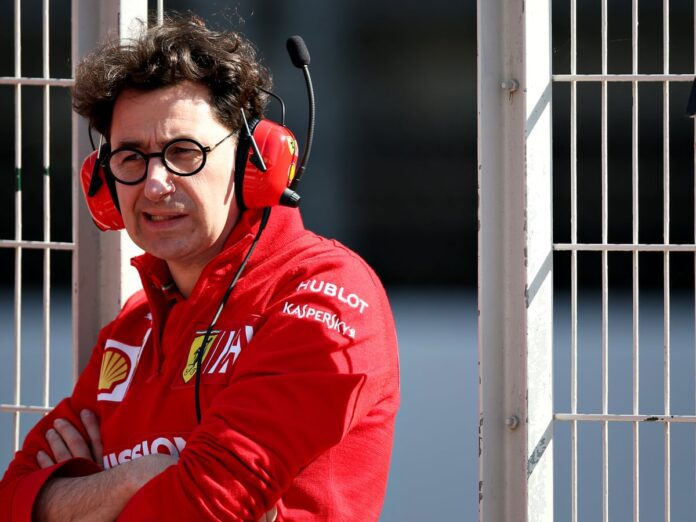 At the moment, there are four drivers who are associated with Ferrari on the grid – Charles Leclerc, Carlos Sainz, Antonio Giovinazzi, and Mick Schumacher.

Giovinazzi and Schumacher are part of the Ferrari Driver Academy and are driving under Alfa Romeo and Haas respectively.

Unfortunately, both the teams are at the bottom of the grid when it comes to the constructor’s standings.

However, Ferrari boss, Mattia Binotto is satisfied with the performance of the two drivers.

“This year has been more difficult for the Ferrari Driver Academy, but you have to give the guys time to grow,” Binotto stated.

“Mick Schumacher’s first season serves as a learning experience, without pressure, and we are in talks with Haas to bring him under there next season as well,” he added.

Mick has been consistently outperforming his teammate, Nikita Mazepin.

When it comes to Giovinazzi, the Ferrari boss has more expectations. This comes after the Italian being on his third season in the sport.

“Antonio remains our reserve driver, he is our first alternative if someone unexpectedly drops out,” Binotto continued.

“He’s shown growth every year and I hope he can stay with Alfa, he deserves it,” he mentioned.

When it comes to the other Alfa Romeo driver, Kimi Raikkonen, it seems that he will be exiting the sport real soon.

But there are still doubts that we will see a completely new line-up for the outfit come 2022.

Team Boss, Frederic Vasseur has disclosed that he will reveal the names for the two seats in September this year.

Nico Hulkenberg is one name that comes up and there are reports that Alfa Romeo has spoken to him regarding the seats.

We can only wait and see who the two drivers will be.

Max Verstappen hits out at Nicholas Latifi’s driving – “I don’t...

Why have Lance Stroll memes taken over the internet? It has...