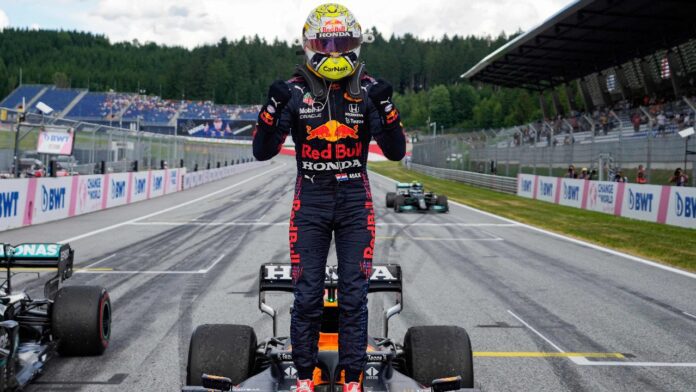 Red Bull have recently been given a warning by the FIA.

This was after Max Verstappen performed his post-race celebration burnout at the Styrian Grand Prix.

This was after Verstappen took his fourth victory of the season at the Red Bull Ring.

The Dutchman slowed down his car as he approached the final line and performed a burnout for his team.

Masi revealed that the moment Verstappen performed his victory burnout, his action was taken into consideration and Red Bull was given a warning.

“It was not an ideal situation, which is why I spoke to the team immediately and told them accordingly, that it’s something that would not be tolerated in the future,” Masi stated.

According to Article 43.3 of the racing regulations, drivers have to follow strict rules when it comes to post-race celebrations.

What does the regulation say?

“The winning driver may perform an act of celebration before reaching parc ferme, provided any such act is performed safely and does not endanger other drivers or any officials, does not call into question the legality of his car, and does not delay the podium ceremony,” the regulation states.

While it sounds fun, post-race celebrations can at times be dangerous.

This was after he caused a major crash with Nicholas Latifi on the start-finish straight.

The incident took place after a Formula Renault 3.5 race.